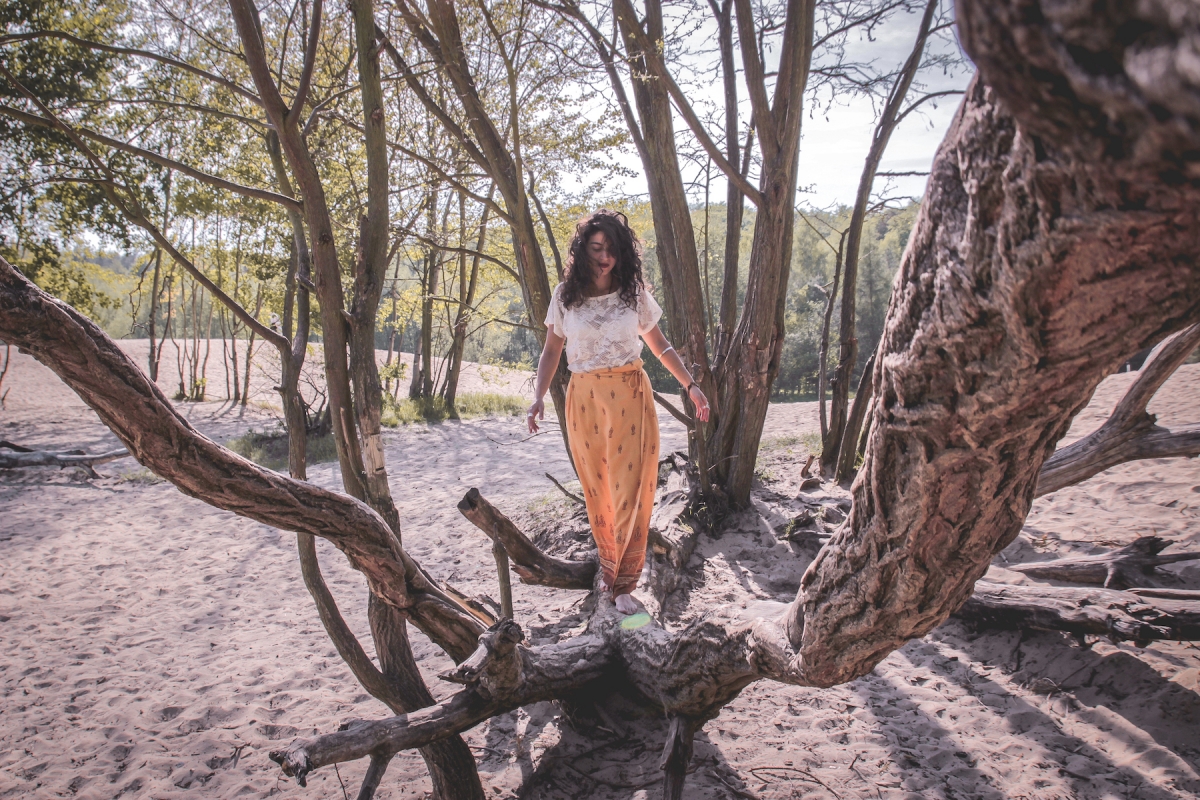 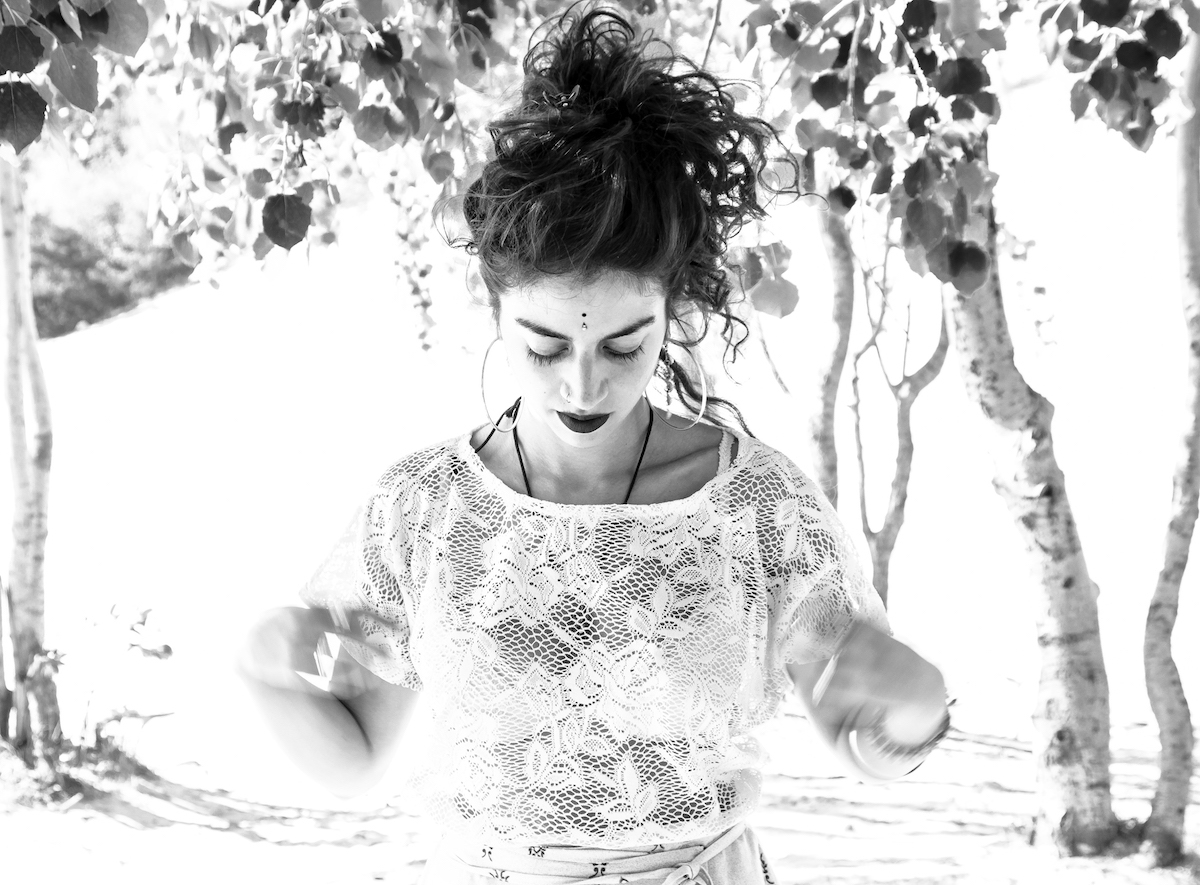 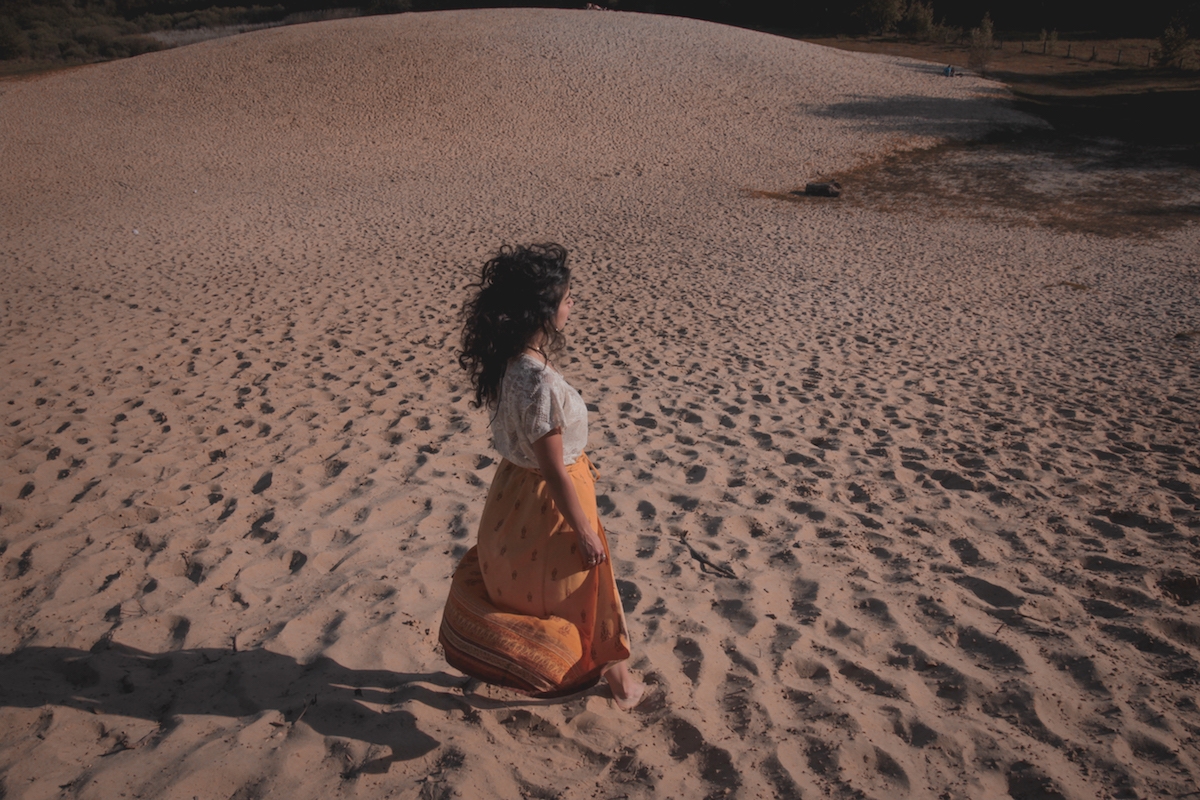 My artist name is inspired by the movie Raging Bull. The story is about the Italian-American boxing champion Jake LaMotta who absorbed incredible amounts of punishment. I fight also for my dreams and music, but my punches are my beats, given out with love to the people. すずめ are the Japanese signs for suzume which means sparrow. This bird is connected to a special story that happened to me and taught me something about karma in life.

…jazz music. I studied at the Jazz Institute Tel Aviv and I was supposed to finish my degree in New York. I won a scholarship there and all of my friends went there to study. But I said to myself, “I don’t want to continue in that direction, I don’t feel like singing only jazz standards”. So I dropped out of the school and came to Berlin. During my studies I was loosing myself and since the point I came here I understood what direction I want to go. The decision to do music is something that you feel. When I was 17, I came home one day with a piano that I bought. My mum was coming home and when she saw the piano she couldn’t believe it. „What the fuck is this?“, she said. But since then she’s understood since that it’s a real passion. So if you really want to do music, show it to yourself! It’s about patience, it’s about practice, it’s about dedicating the time to music, getting to know your style. I was so sure inside, that I wasn’t even a question.

What did your parents want you to become?

My parents had no special connection to music. They came from Morocco and we were listening to Morrocan traditional and Arabic style music at home. But they had no connection to playing instruments or something similar. My parents never pushed me in a direction. They let me do what I desired. I told my mum, “I don’t want to study anything else than jazz.” And she said: „Ok then do it.“

Who inspired you, when you grew up?

I loved Bob Marley! Even before I spoke English, I sang his songs without really understanding all the words he was saying. He was my idol. That was what I wanted to do. Before I knew jazz and blues, I had my Rastafari spirit. Reggae has a very spritual approach to music for me. Another person who inspired and helped me a lot was one of my teachers, a trumpet player, who is super strict about jazz. He told me to sing in the way I speak. He said: „Just go and listen to Billie Holiday.“ So because of him I listened a lot to Billie. 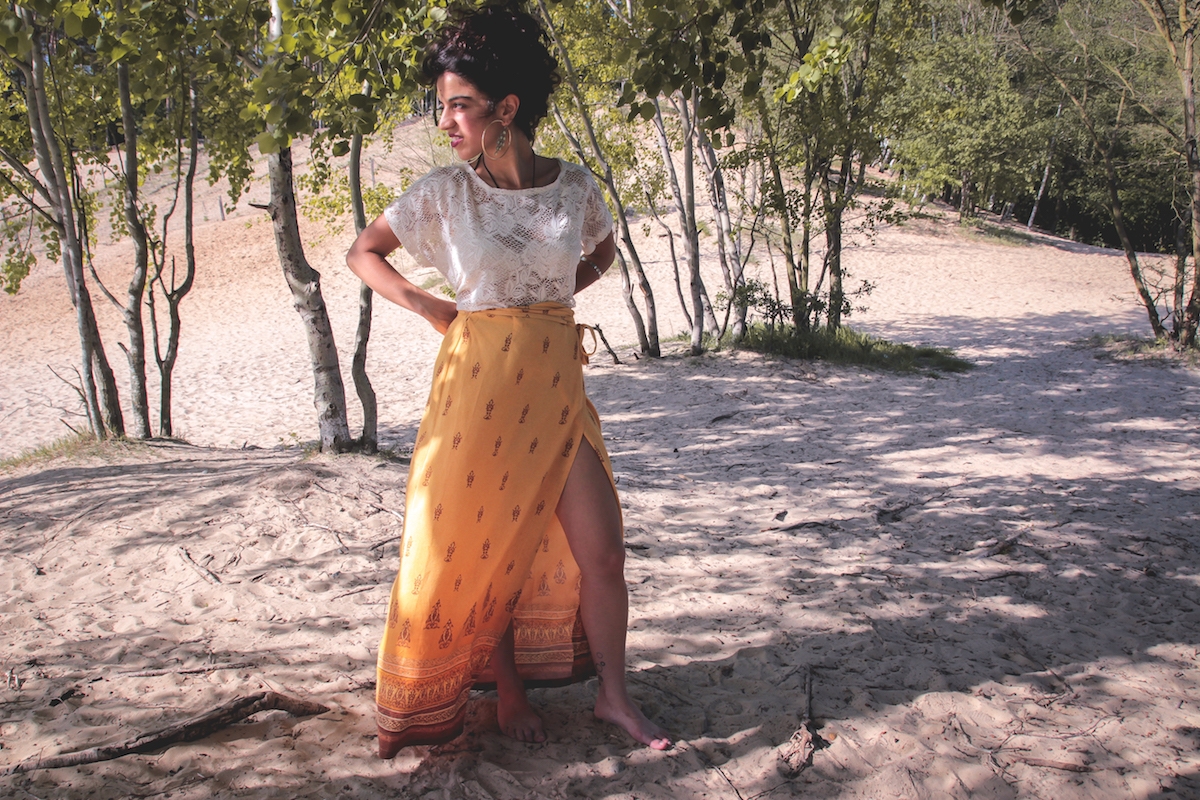 A song everyone should listen once in their life?

Kissing my love by Bill Withers. For me that song is what simplicity means. The essence of minimalism. This aesthetic and way of creating is really transmitting soul and a story. The whole album is amazing!

Your music in three words…

Because I like minimalism, I give you two words: FOR YOU! 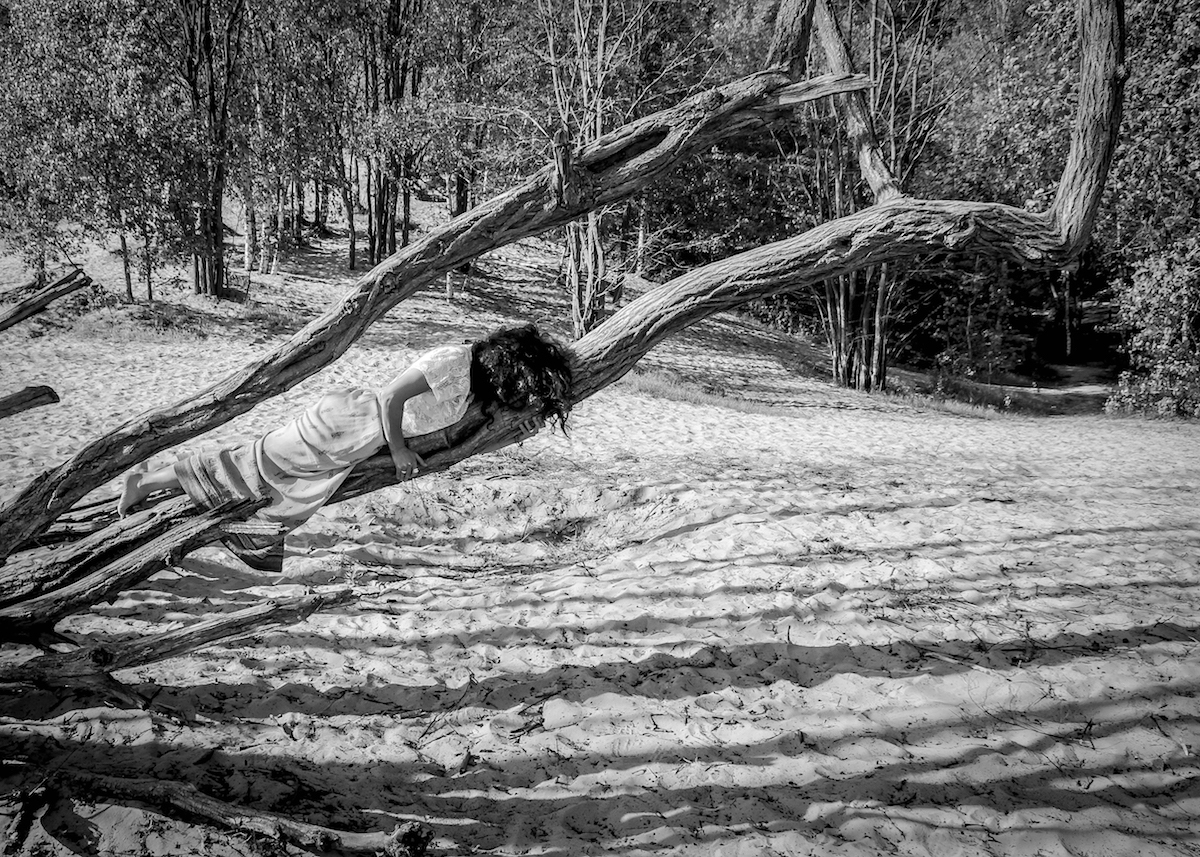 How the idea for your visual EP „State of Being“ come up?

Since I’ve come to Berlin I’ve actually released three EPs „Dedicated To“ (2015), „Grains of Sand“ (2016) and „Better now“ with the great Q3000 (2016). „State of being“ EP is my 4th release, and this time is with my band „The Dizzy Sparrow“. When I called the EP „State of being“ I meant love. Love as a state of being. It’s not something that you do or something that comes into your life – it is something that you become. The EP has four chapters which are recorded and filmed live at the studio in Berlin. After a few years of producing myself, I decided to take it a step forward and produce a band playing my original beats. And now I can really say: I am so lucky to be surrounded by so many great artists! We had very few rehearsals before the session. So when we were in the studio everybody said: „The water is deep, Lamotta“. That was true, but I kept smiling and said: „Just do the best you can“. I want to tell everybody: you can do it on your own! I didn’t find the right person to produce me, but I didn’t want to be frustrated and went on. That was a big change in my life. Without that journey, I couldn’t have build up this band.

Challenges you need to master in Berlin…

There are so many. Berlin offers beautiful things but they are very limited for the local artists. It’s difficult to grow or create events and gigs when clubs, bars and other places withhold money from the artists. A lot of them charge 150 or 200 Euro out of the fee for the artists. If they can’t fill up the venue, the artists pay for that. Which means that sometimes you are playing for free or you’re earning only half of the amount of the tickets. That is a lot of pressure for most freelance artists, because you need to play gigs to be recognized by the audience and at the same time you need to earn money to pay your daily shit, rehearsals and new releases. That kills creativity.

Something that makes you angry…

When people ask me: „Who produces your beats?“ And I answer: „Myself“ and they ask again „Yeah, but who is the producer?“ That pisses me off because people still not accepting women as beatmakers and producers. Very old-fashioned.

Something that makes you happy…

Mediation makes me happy. I started it two years ago when I had a bad time. I didn’t got paid for a job, I was super new in Berlin and my heart was broken. So I began to meditate and it pushed me in a new atmosphere. Actually it doesn’t make me happy while I’m doing it, but it affects me a lot after doing it. 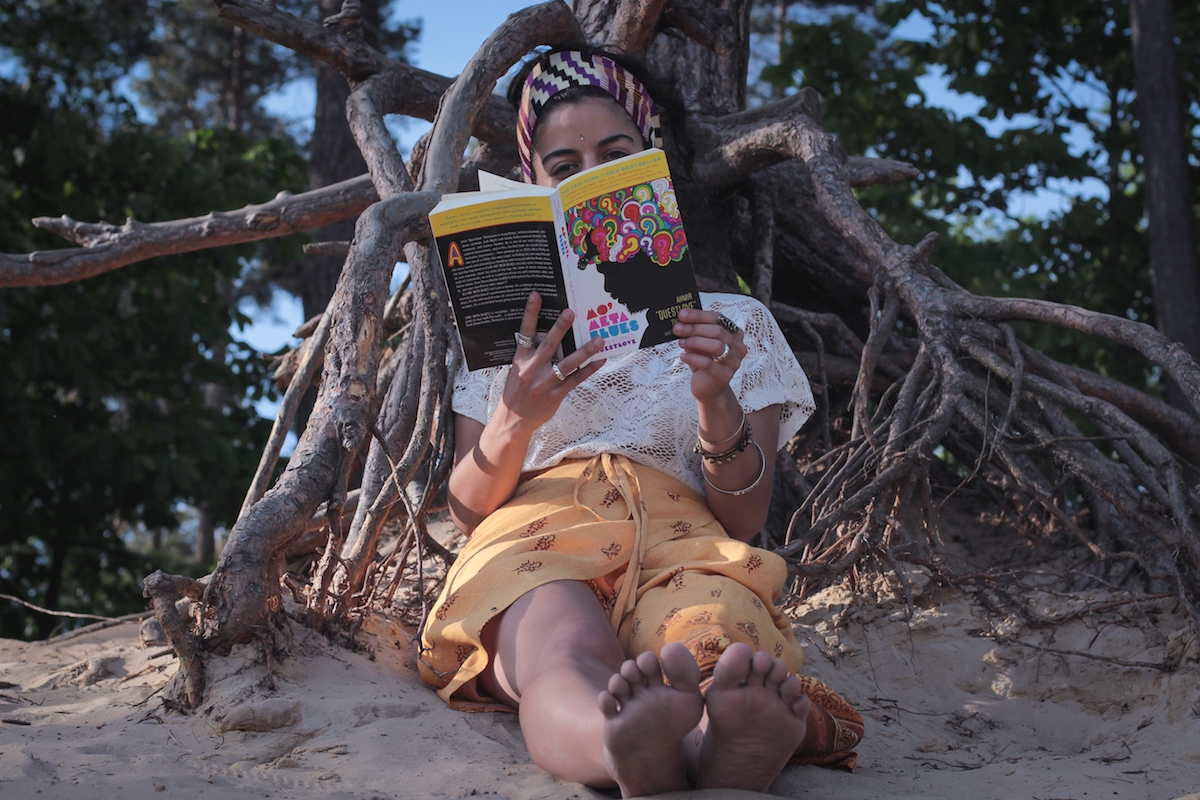 I’m a big dreamer! At the same time I wish to be grounded and be connected to the earth. But I can still be a dreamer.

Order in the chaos!

Your advice for someone who comes to Berlin…

For artists: The Poetry Meets-Series. It’s an international, multilingual community showcasing visual art, film, spoken words, DJs, musicians and poets who identify themselves in the framework of Hip Hop, Soul and Jazz. It’s at Prachtwerk once a month. Love it! And another great spot for beatmakers and producers is the Sample Science Session every first Sunday of the month at 6 pm at Cafe Wendel in Kreuzberg. You have to check this out!
For food there is a small and very simple Vietnamese Restaurant at Wrangelstraße that have great Pho! Cheap and good! And a beautiful lake, Teufelssee, where we did these amazing photos for the EP. 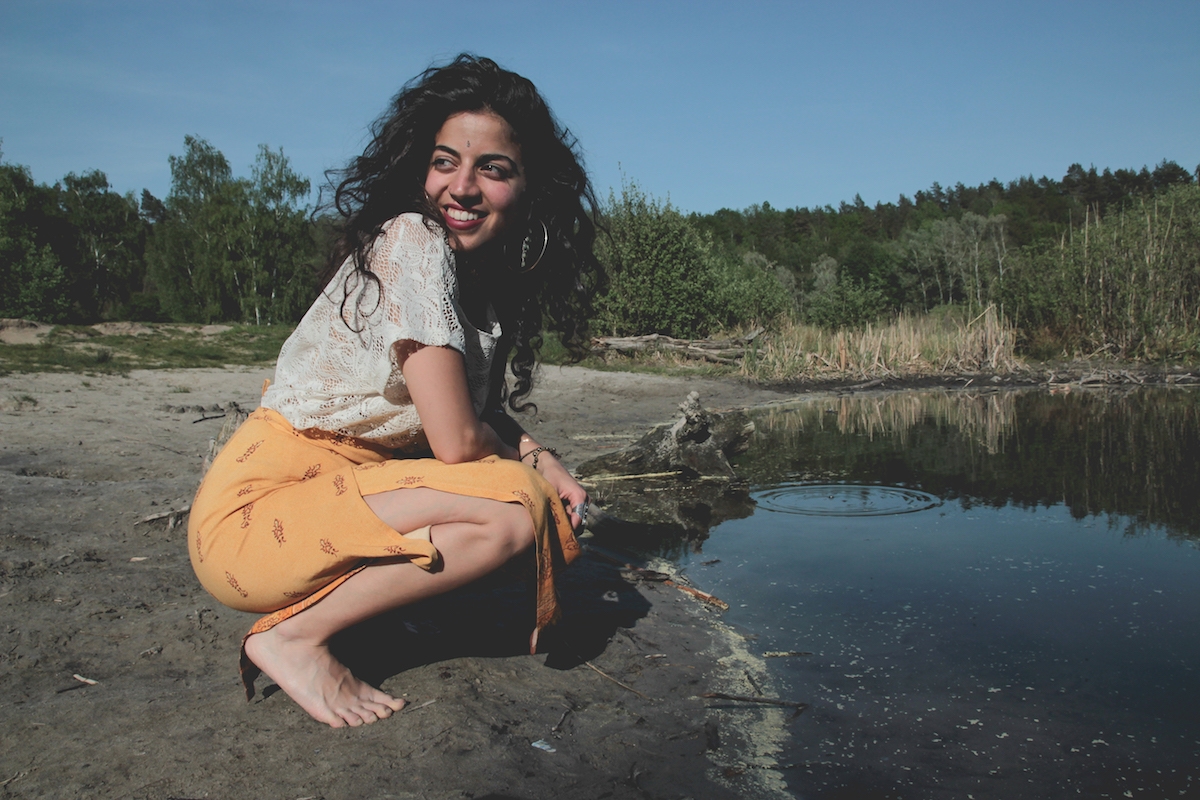 I’m finishing to write my upcoming album and I’m looking forward to signing to a good label. I paid a lot of attention to a label called Jakarta based here in Berlin and I hope to connect with them. But first it’ll be mastered and mixed probably in Dublin. With the band we are going to play some festivals during the summer. The one I look forward is the Plötzlich am Meer, the 27th of August in Poland. And the last thing is an upcoming project with a Brazilian director that asked me to be part of her documentary series about female artists in Berlin. It’s called Meninas do Brasil.

Last but not least: Your question.

Would you open your heart? TRACKLIST: „STATE OF BEING“

Chapter one – inspiration: „Se Love“
„The Creator has done a fantastic job and now we’re here. It is for you and me to see how to manage this, how to keep this world, in what condition would all of us enjoy the best. It’s something that we have to look at“. (Sadhguru)

Chapter two – dedication: „Wanna Getta know you“
„This chapter was released as part of a tribute to J Dilla (on his birthday) with „About Love #2″ a mixtape of 5 Dilla beats reworked with my friends“

Chapter tree – situation: „Damn That Dream“
„If it causes disharmony within you, let it go“

Chapter four – invitation: „Advice“
„You don’t have to take that advice at least knowing I’ve tried without thinking twice spending time to charge with meditation could fill this plant with positive vibration“ 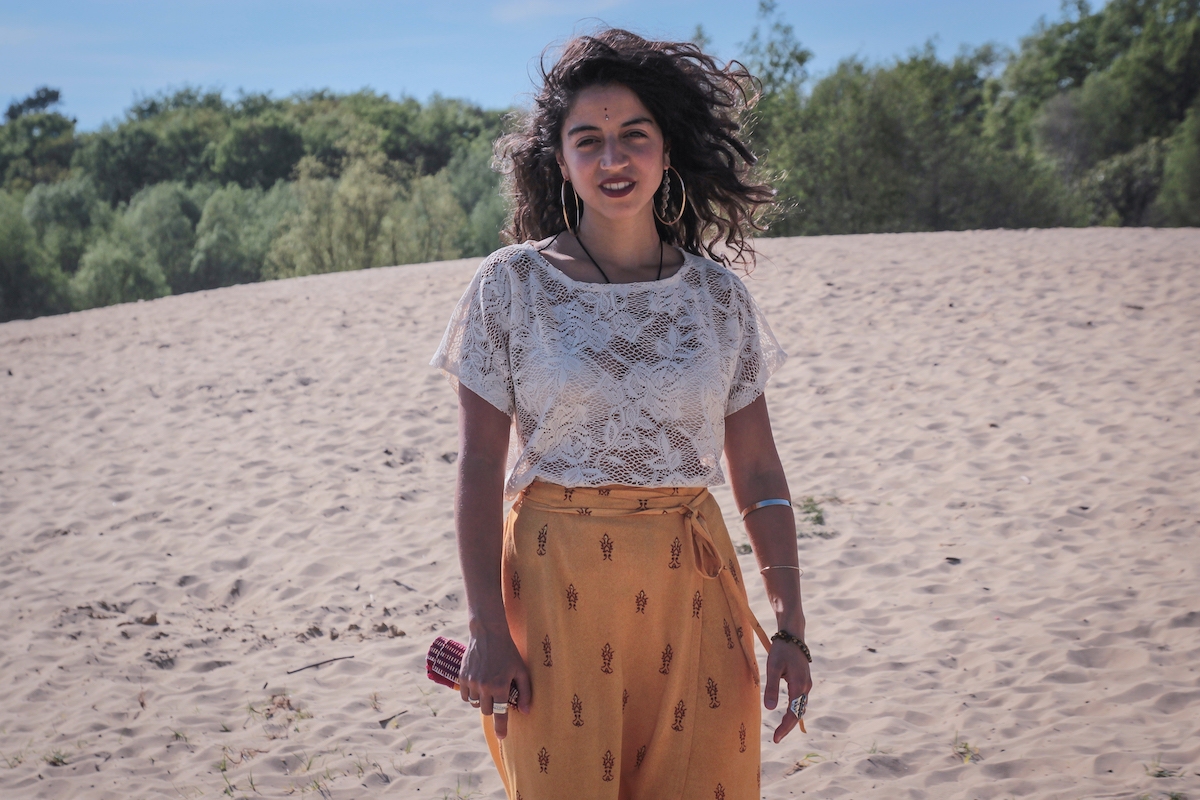 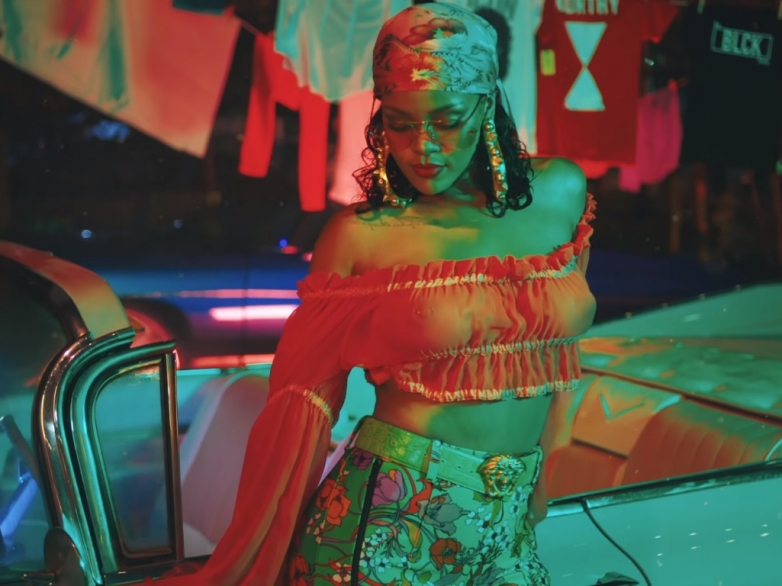 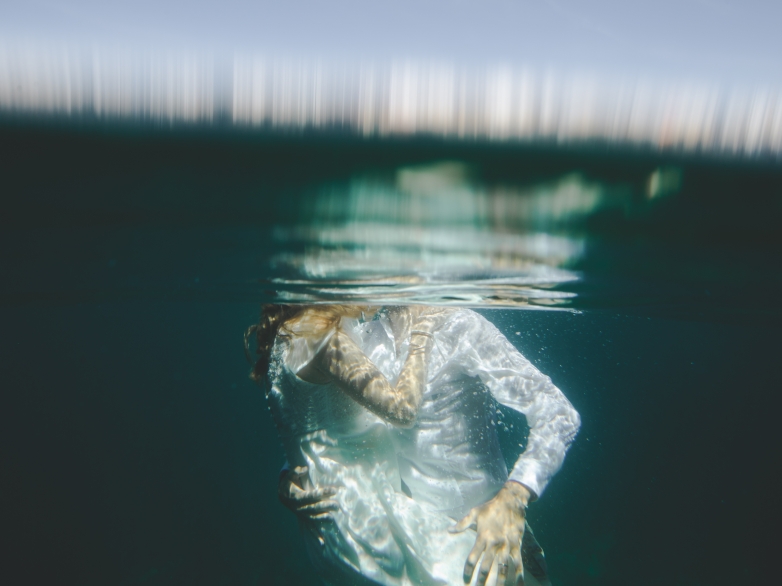 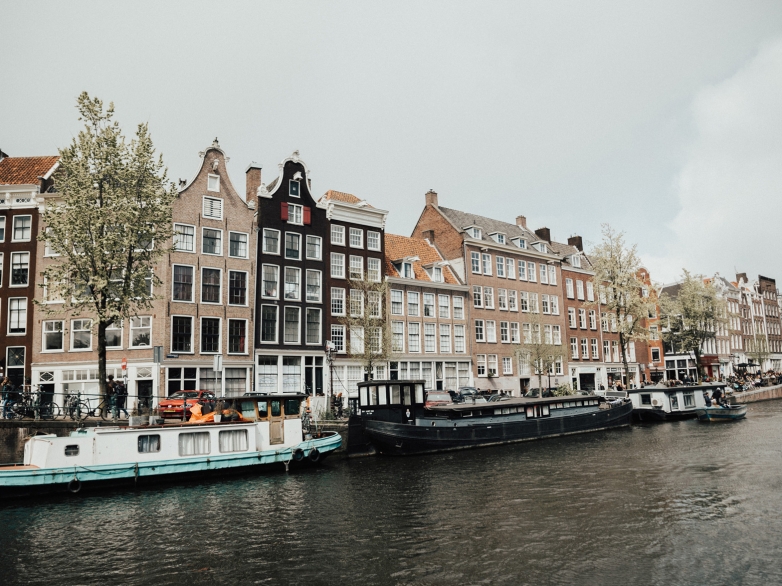 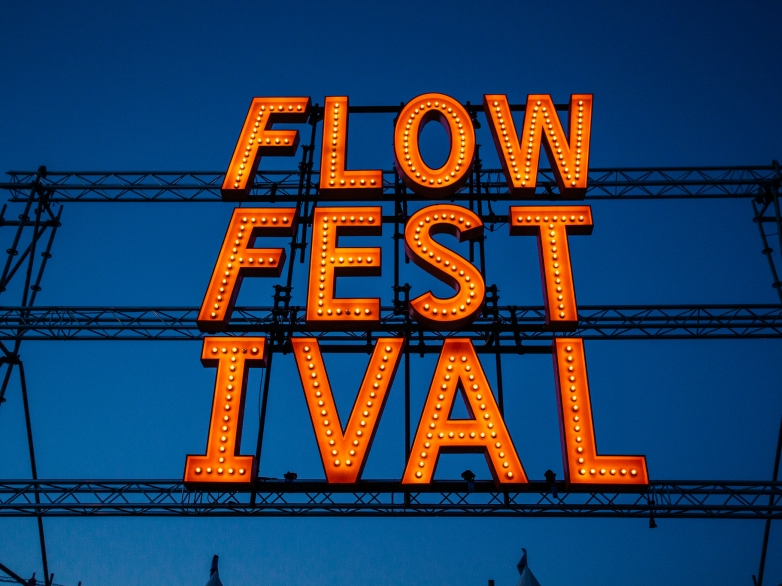 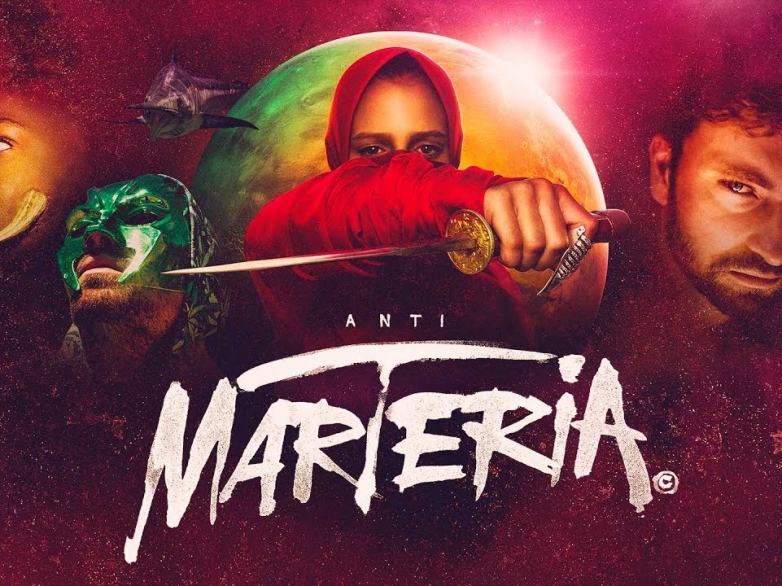 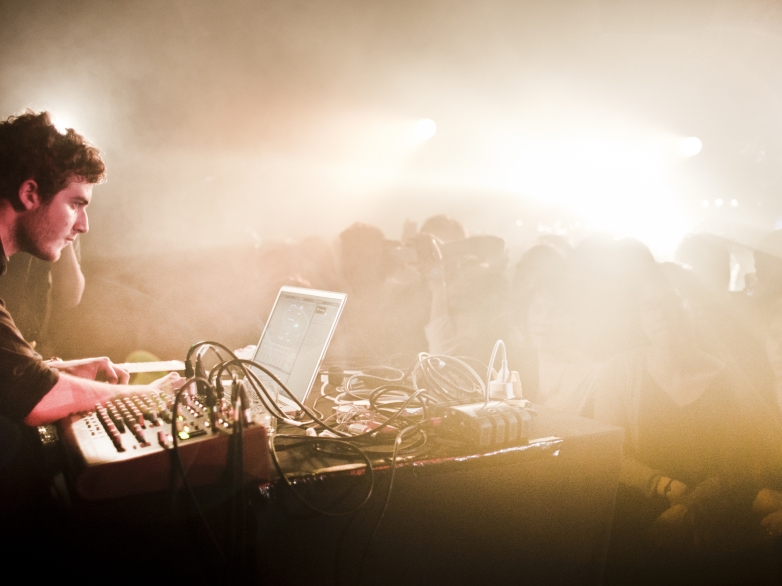 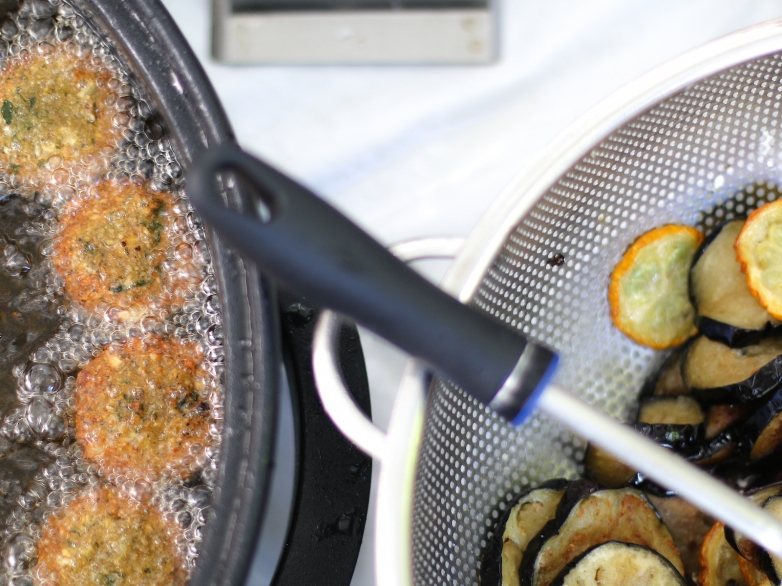 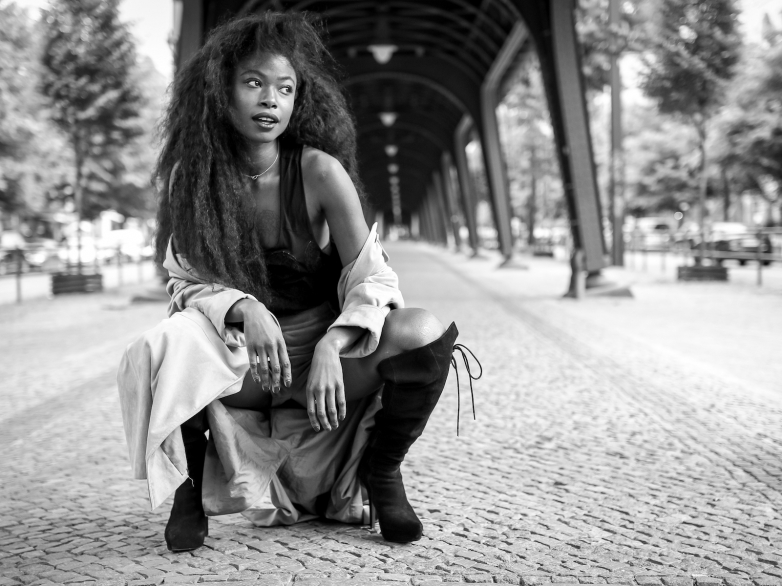 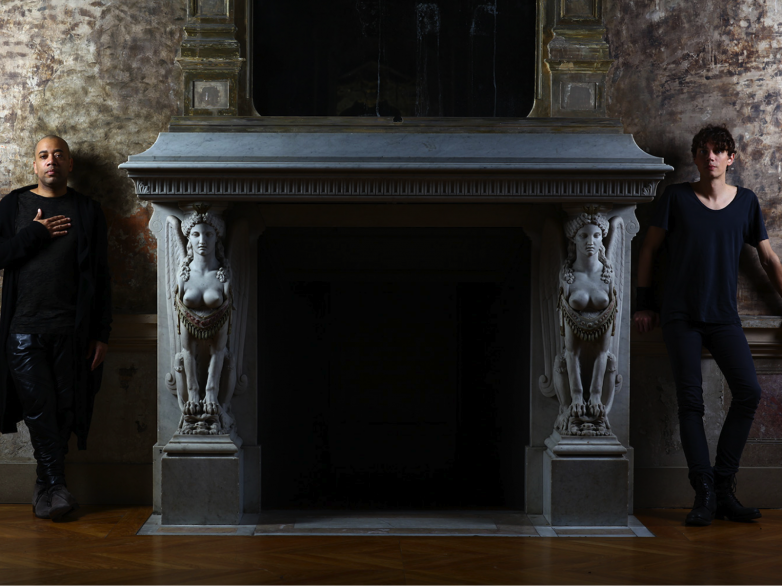