Interview: Hi, we are POOLSIDE 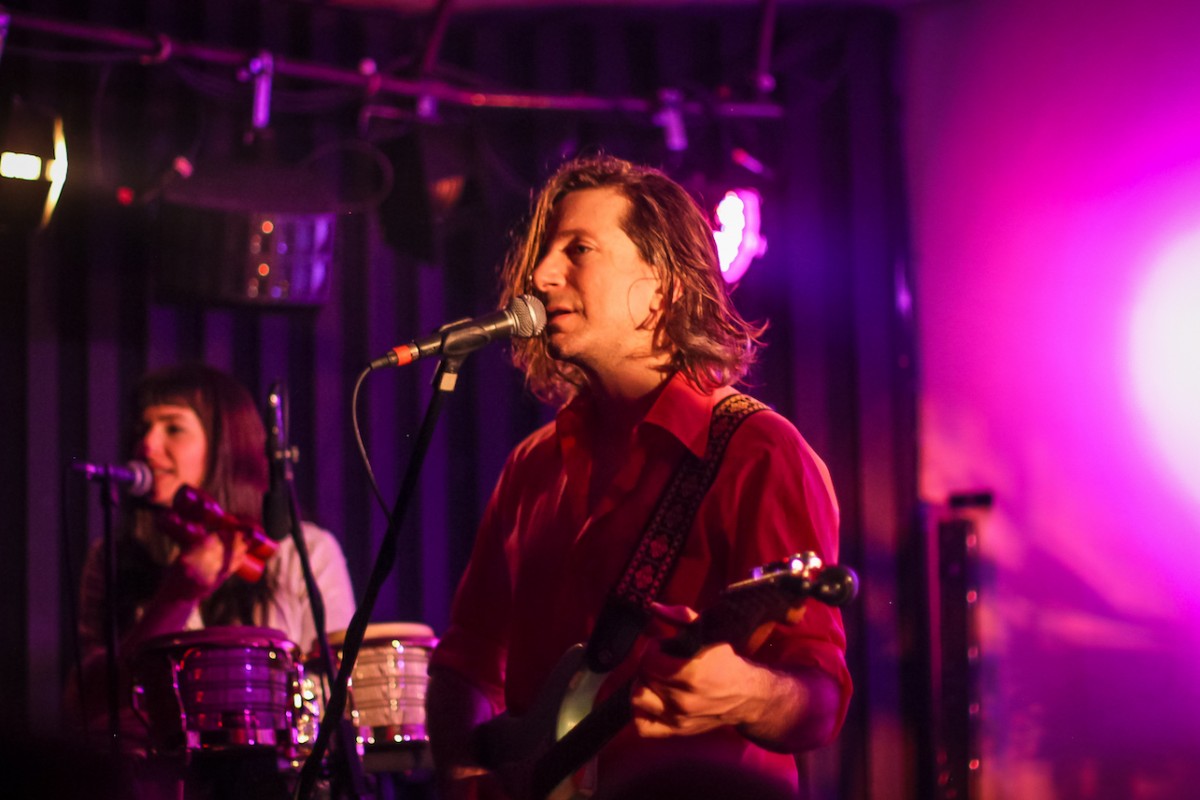 It’s been four years ago that we met the last time here in Berlin. What happened in the meanwhile?

Well how much time do you have? Well a lot has happened. We put out a new album called „Heat“ and then we decided to took a year off pretty shortly after this. Four years ago things were getting growing and going really well. So we were starting to get a little bit too stressed out. Because at the beginning we started it for fun. We never were trying to be successful or ambitious. So we decided to take a year off and just become deejays again because deejaying is just less moving parts. It’s easier to go do a deejay gig than bring a whole band somewhere rehearse. They’re both fun both passionate but we decided to put on our new album and then deejay for two years. And then we asked ourselves what to do now and I’ve kind of created a whole new band to take the band seriously and we’re touring the world right now and working on a new record

How does it feel to be on the road again performing new music?

It’s been awesome. People ask a lot if we like better playing in a band or deejaying. . But they’re so different. You know it’s like breakfast or dinner. Which do you prefer? So I don’t want to give either up. But it’s very rewarding to play live music because every little note is being played by somebody on stage and your live collaboration. Our whole new band, I all like really. We are long friends. Members of this band „The Rapture“ that I was friends with and a huge fan of are now the rhythm section. And then to more members of people who are. I’m really proud of the band and it’s going great.

And how does it feel to be in Europe nowadays?

Well we just arrived like a week ago and we. The shows have all been great and were sold out. So it feels good to come back here. It’s been a while and we never really done extensive touring in Europe. A lot of new stuff and we’re going to come back in the summer.

Let’s go back in time. Where did you both first met?

Well Phillip and I we met in San Francisco when he was he was still living in Copenhagen at the time. He was that touring bass player of that band „Junior Senior“ and they were very popular at the time. And II was the deejay of their party and we met and we had a lot of the same musical taste. So we just kept in touch and then he moved to L.A. and we started working on music. We kept collaborating off and on from 2006 until 2011 and then we decided to just finish a few songs. We went in the studio and made four or five songs in one weekend. One was Do You Believe and we put that on Soundcloud and then people just took off and then we’d been like „Holy shit!“. (Redaktion: Über 500.000 Listener!)

Was that the decisive moment?

Well we really only were working on music almost as an excuse to hang out. I was living in New York, he was in L.A. and we weren’t going to see each other that much and we were good friends. So we said: „Let’s go make a weekend of music“. And so yeah that’s how it began. It was supposed to be just a little hobby and maybe one or two gigs a year. I don’t know but it turned into a career.

Poolside. Is that name a promise or your favorite working place.

Well the studio we first began working in was literally a converted pool. Like a pool house in L.A., where you change clothes and stuff. And it was one of those that we converted into a music studio. And so we were making music, chilling and we go swimming and go listen to it and we’re just like, dude, it’s the perfect name.

What kind o film would it be, if your music is a soundtrack?

The idea is to add levity to people’s life. There’s just enough shit in the world that people have to deal with whether they want to or not, going on. So for me playing live, deejaying and making music, I’m hoping it brings people a little sense of „something’s OK in the world.“ Where you can just escape a little bit but not in a sort of putting your head in the sand escape. But more a little moment of bliss. So in a way it’s a little bit a soundtrack to having a good time whether eating dinner with friends or going to the beach or maybe, say, it’s snowing and you want to feel a little bit warm. That’s how I feel when I’m making the music. So that’s kind of the vibe that I want to transmit to the audience. 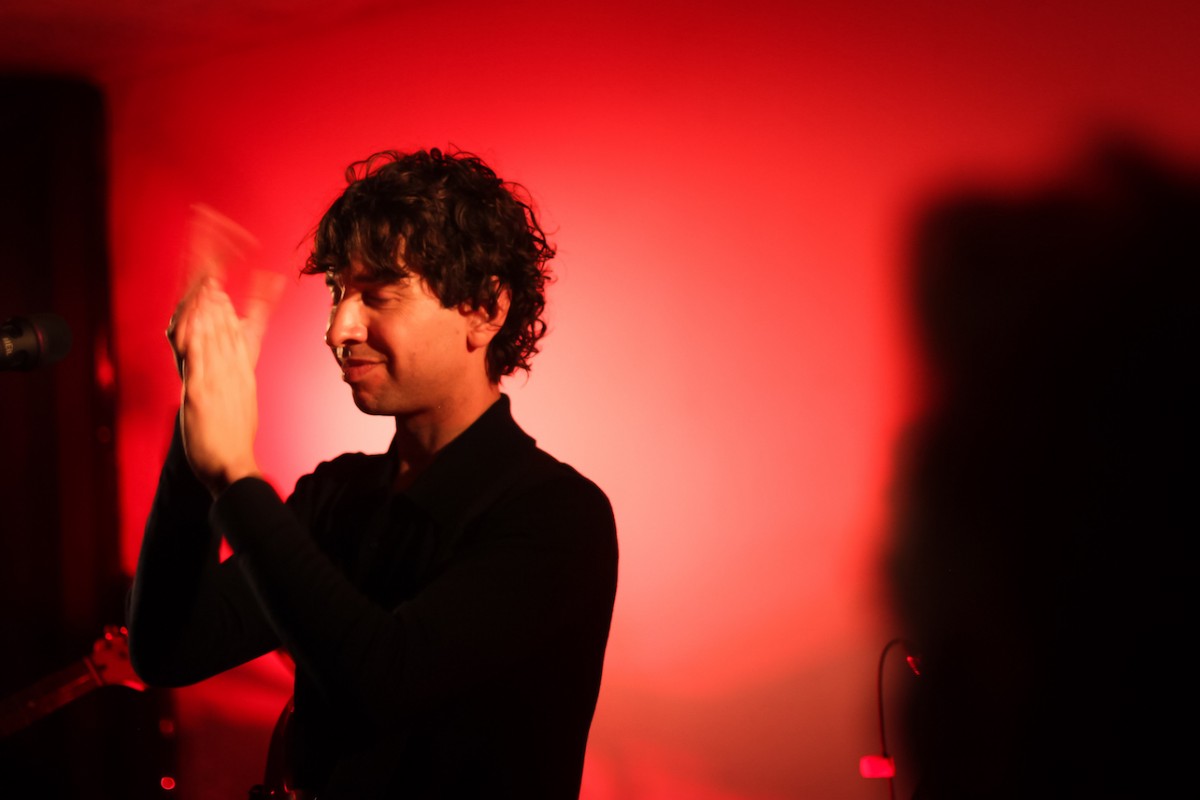 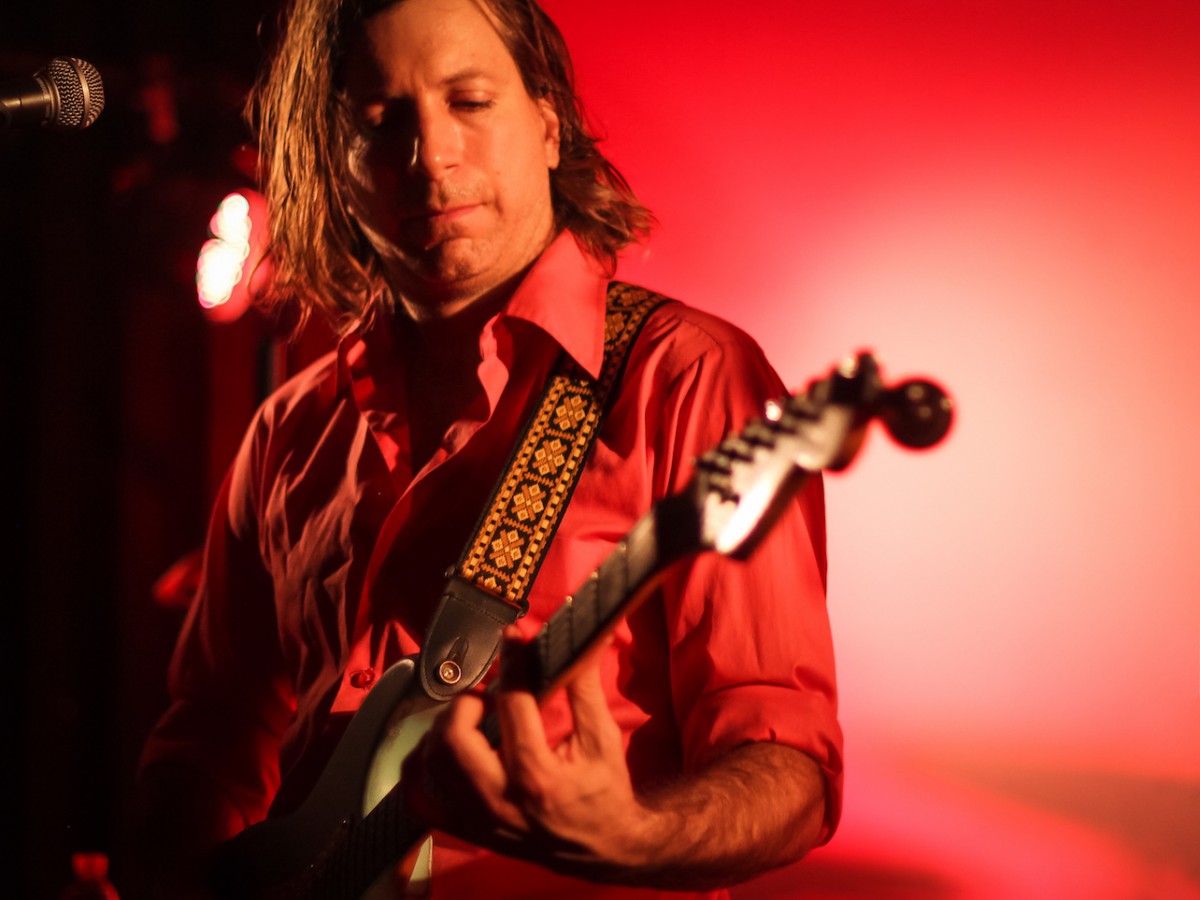 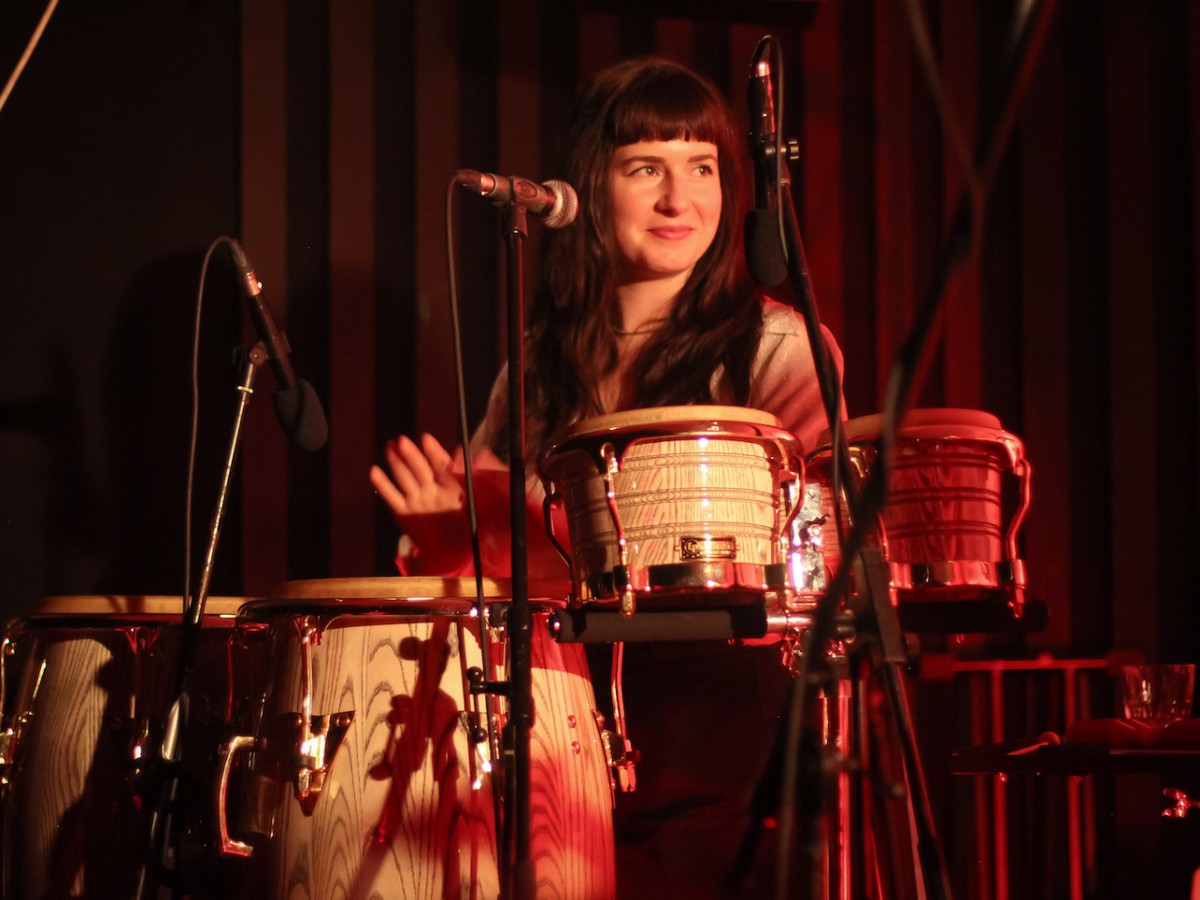 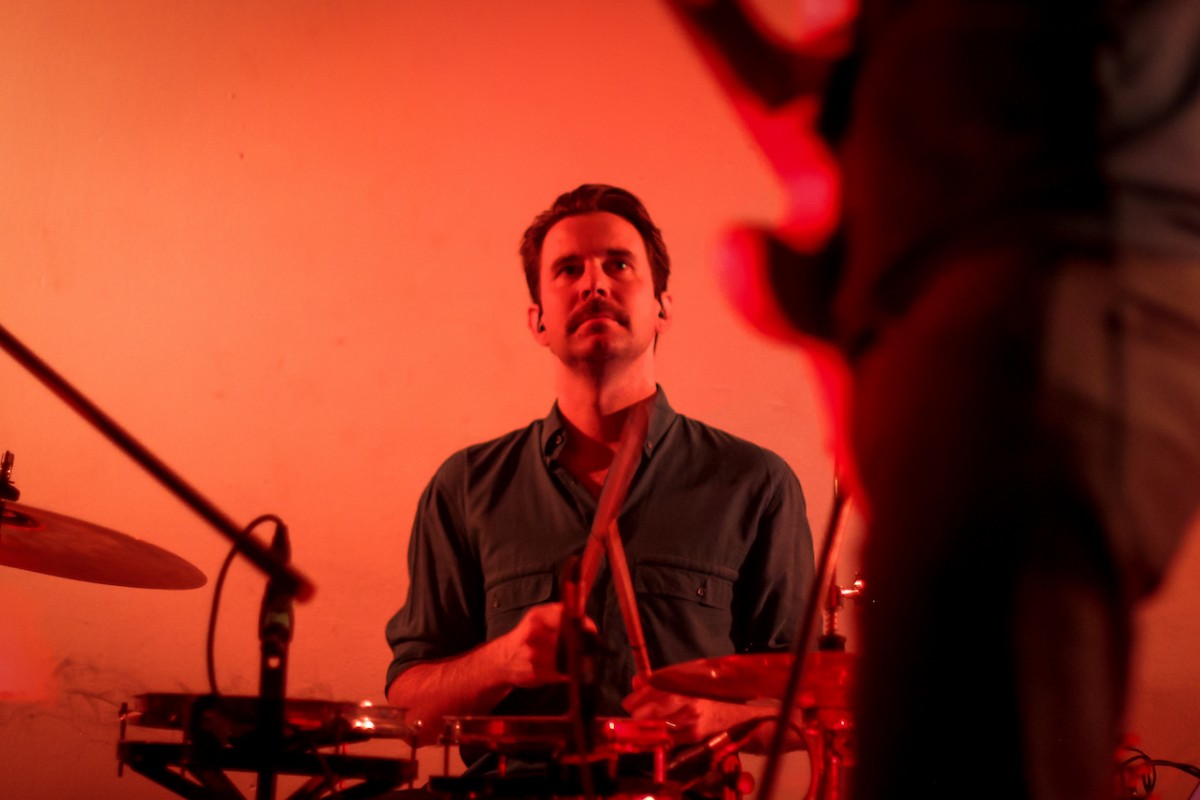 What’s the „poolside dream“ for the future?

That’s a great question. I mean I can just rip off of that which is essentially we’re building the band to be like a very good band. That’s really important to me. It’s like five people now. Saxophone, lap steel guitar, and our female percussionist Prejean who is awesome. It’s very live. I think these you used to sing music and it’s like, one dude with a keyboard and some girls singing and a bunch of lights. And we’re really trying to be like a band in the classical sense. So I really want when people see the band they say „Whoa, that was a band. Thank you.“ That’s a big step. And we getting better and better.

How important is it to you to be independent?
You know we’ve been self released and totally independent. We we’d license one song to one label once and everything else has been independent. So we may or may not stay independent but we’re not going to sign to a major label. But I think to grow the project in a way that it reaches as many people as the music wants to, I’m giving it 100 percent. That’s the change in the last few years where it started as a side project and it’s been challenging to know how to fit it into our lives. Now we’ve made a bunch of big decisions everyone involved is giving it 100 percent let’s.

Especially when you produce music independently, how important is social media to you?

It’s a tricky question. I think it’s a great channel to have. People write comments and send messages and that’s nice to be able to announce things. And I don’t like to spend a lot of time doing it and I don’t think other people should spend a lot of time on social media. So I feel a little bit torn to go and check out our Facebook page. So we just do it but we don’t take it too seriously. So it’s nice that it exists but it’s it’s tricky. There’s no definitive. It’s not black or white.

With Harvest Moon you covered a song of my hero Neil Young! What is your artistic hero that influenced your sound?

Well there is a lot. The thing is with the sound „daytime disco“ or whatever is not really specific about artists. Like Neil Young in general did not influenced poolside but there’s a few songs that are really laid back. Songs are very much influential. So I would say artists like maybe Bill Withers with his song Lovely Day. There’s a Danish band called „Laid back“ we like a lot. Maybe also a lot of Brazilian music less than like one artist. I mean that’s one of the cool things about Poolside. There’s Dub Reggae as a big influence but you don’t hear reggae in much of our songs. Even minimal techno is a influence, but you will never cure it obviously. Or the song „Drifting“ is very much influenced by German Kraut Rock. We put all this stuff into a blender and something comes out. 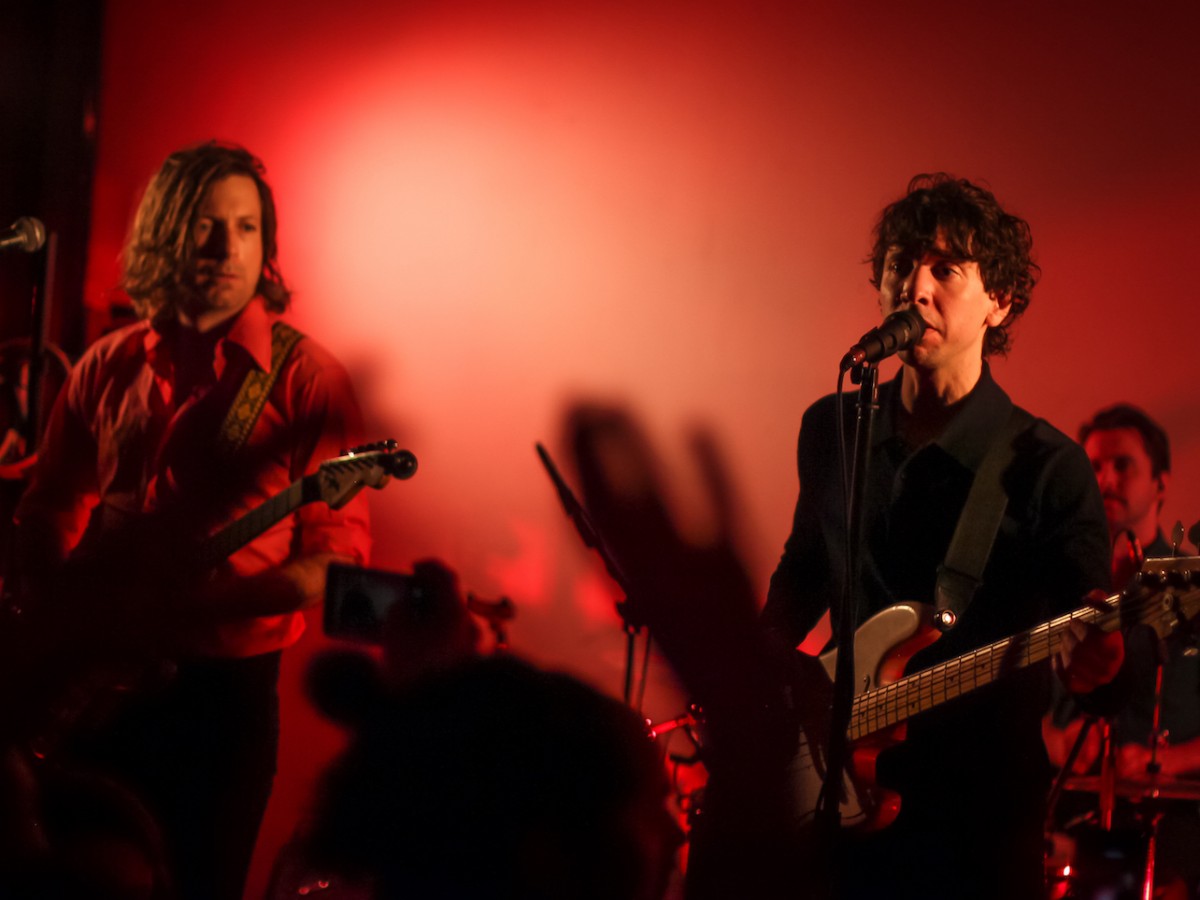 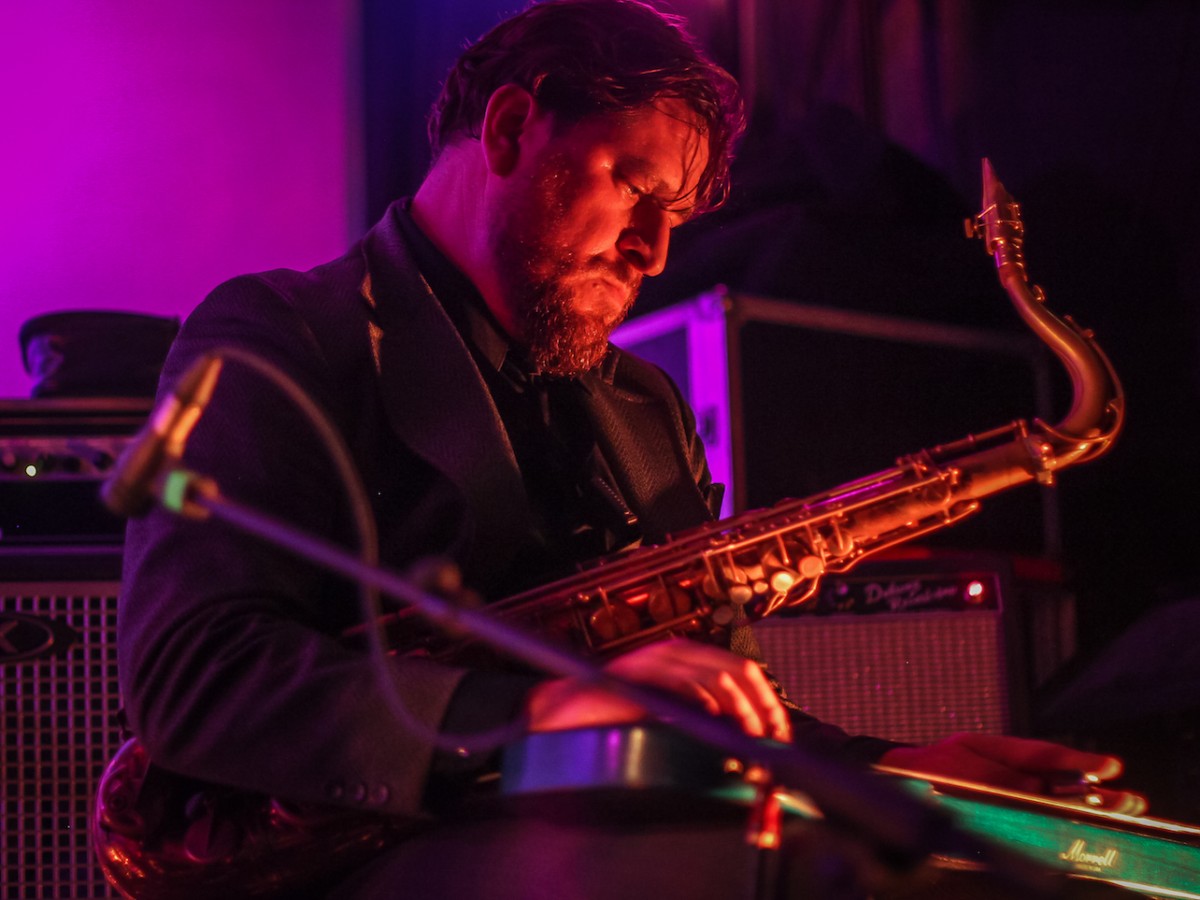 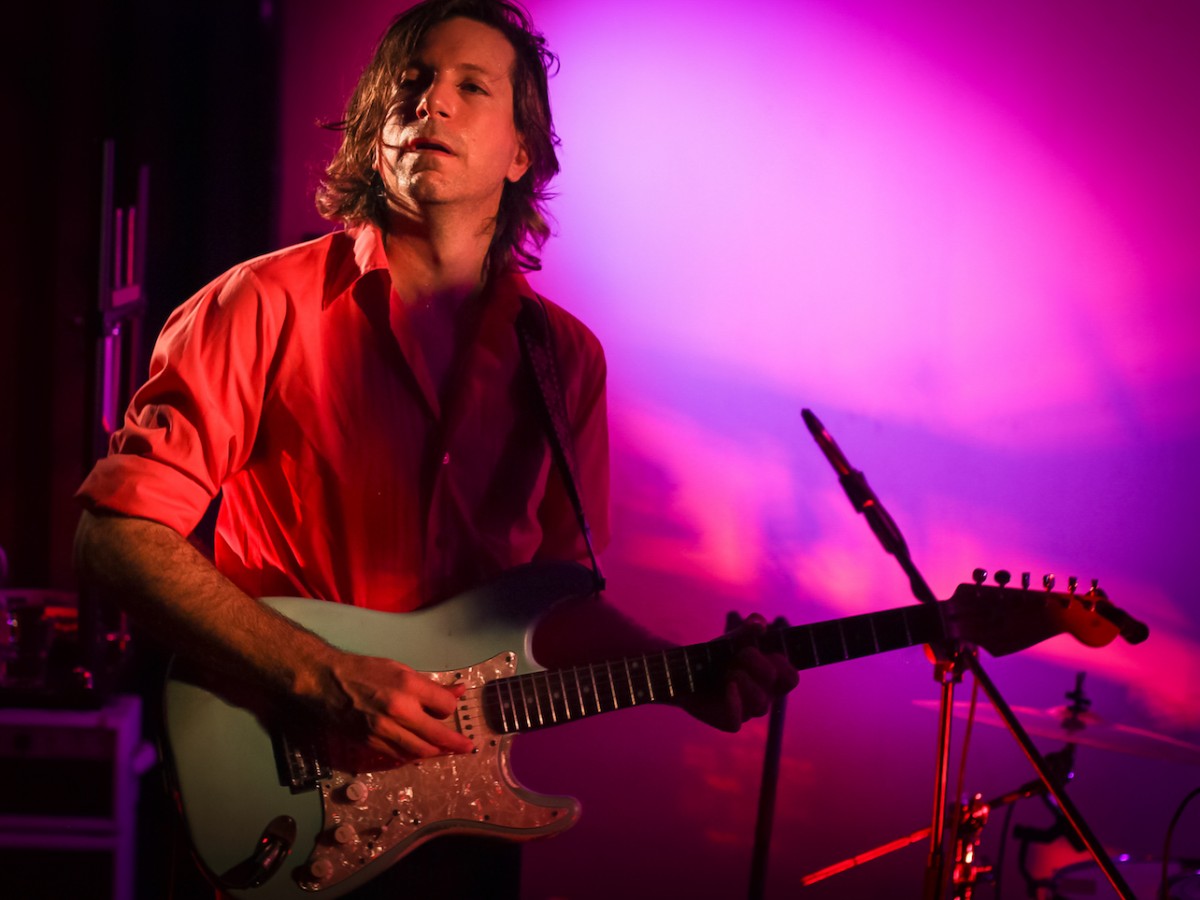 A song everyone should listen to.

A song I really love is „By This River“ by Brian Eno. It’s really subtle. With Brian lyrics are not super specific. So you never know exactly what it’s about, but it somehow feels really touching. And if you hear it in the right moment, it can make you cry.

Well the show in Berlin was our last show in Europe and now we’ll return to L.A. and finish our third record that is coming probably this summer or fall. And then we kind of take a little time off. I’m going on a family vacation with my parents and my sister and my nephews and my whole family to Hawaii. My first adult vacation. And then we’re gonna continue to rehearse with the band and I think we won’t play again until June or July.

Last but not least. Your question.

Well I wasn’t prepared for a question. ButI think my question relate to politics in a way. Not directly but you know, it’s a really trying and complicated time to be alive. But at the baseline I feel like we all kind of need to ask ourselves: What we’re afraid of and why. Isn’t it better to reach out for what than to push it away. Because in the end history is very littered with people who wanted to be isolationists. And we all kind of know what that looks like. So, do we want to repeat that history or create a better one?