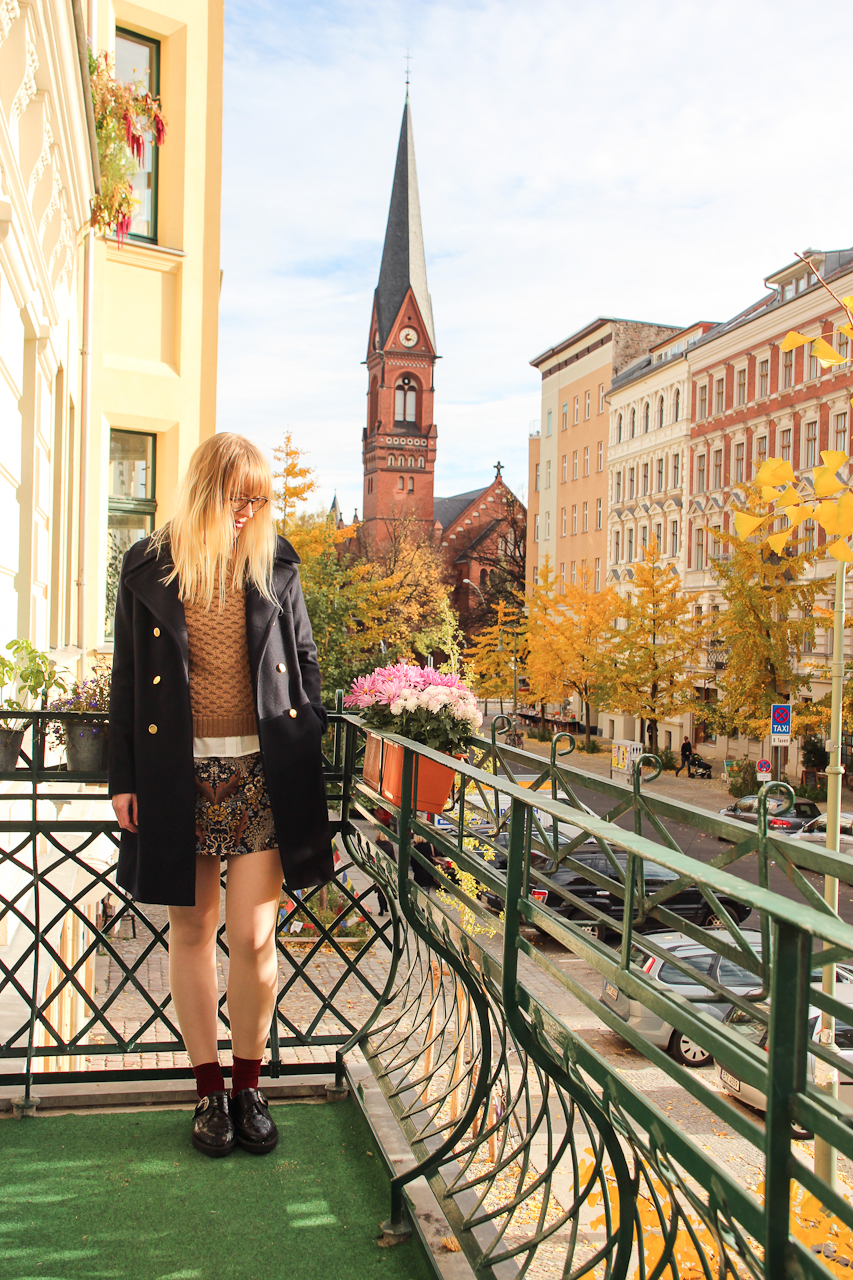 We are here today as part of Club Monaco’s Culture Club Blogger Sessions, which is a project where bloggers select influencers to interview who they believe are having an impact on the cultural landscape of their city. The project has been developed by Club Monaco to gain insight on what’s inspiring creative people in the hippest cities all over the world. Club Monaco is headquartered in New York City and has an award winning blog on Tumblr, Culture Club, which brings to life what is inspiring the Club Monaco community.

What originally inspired you to get into music and how has that influenced your work?
Rosie Blair: Ever since I was a really small child, music was something that utterly compelled and intoxicated me. The record shop in my small home-town in Ireland was this dark, elusive, neon-lit Shangri La. Now I wasn’t allowed in the record store cos my family was super-religious and far too sensible and hard-working to indulge my childish appetite for bubblegum pop, so I would stare in the window or sneak in. For years, they had the same poster of Madonna in the window and I just thought it was everything. It was Justify My Love era. She didn’t even look beautiful, so it was not some anima projection I was responding to. She looked more female impersonator with the extreme blonde hair and big red lips. But I knew even then that she was better than beautiful. I could see this muscular confidence. I understood that she was powerful and that was the way to be… and of course the tunes were beyond amazing.

„Berlin is one of the places a young artist should move to for a few years [..] Everyone serious about music needs a Berlin period.

Why the move from Ireland to Berlin?
The move to Berlin was sort of perfunctory for me. I was working more regularly with producers who were based here so it made sense to move. But in my mind, Berlin is one of the places a young artist should move to for a few years. You come here to pay respect to the lineage of amazing artists who have worked here, Bowie, Iggy, Lou Reed, right up to amazing new artists like my friend Ahmad Larnes from New York. He’s in a project called Schwarz Don’t Crack. Everyone serious about music needs a Berlin period.

Tell us about your musical inspirations and influences?
It’s so hard to discuss the generalities of musical influence these days. You and me should just sit in front of youtube some day and randomly search artists and I’ll tell you my relationship with that person’s work and what I think is fly and amazing about them. I don’t really respond to the rules of what is considered cool or credible because I think that’s totally contradictory to the times we’re living in. The sheer volume of material to absorb is overwhelming and defies such trite categorisation. If you wanna listen to White House and then Some Velvet Sidewalk then Taylor Swift, you can. The significant factors about me are that I’m populist, and I enjoy and understand the lexicon of pop music, but beyond even this, the number one thing is I’m a fan. This is really important I think. Like so many of the artists I love are still such genunine music fans in their heart. I really wanna meet Patti Smith so I can talk to her for three hours about ‚Don’t Look Back‘. Or meet Prince and sit and vibe hard to ‚There’s a Riot Goin On‘ and diss camera phones at live gigs. Or meet Stevie Nicks and talk about Prince, well seriously I would DIE if I met her she, is my fairy godmother and yours too. Isn’t she so generous? I love her.

Tell us about your personal look and style – and how this is impacted by your music and vice versa.
Well I love grunge and I love glamour. So I usually try to mix those two together. When choosing styles there are certain silhouettes I really like, but I’m really frugal when it comes to fashion and I find that I can re-style pieces I’ve had in my wardrobe for years. When I buy a piece I really choose something that is well-made and has a classic vibe. I love all my clothes. There’s a concept of nostalgia that’s apparent in the music of Ballet School and so it follows that my own style is full of references to iconic looks from different eras of youth culture and then I just realise them in a timely way that hasn’t been done before. Intelligence and charisma are key accessories to a strong look.

What look & style advice would you give to someone?

Never underestimate the stylistic significance of your awkward teenage years. Always try to keep that purity. Trust yourself, you look really pretty.

Can you give us an insider tip for a great restaurant, café or bar in Berlin/London/NYC?
Well here in Berlin, ‚Aunt Benny‚, Oderstr. 7 is a cafe I really love. The lemon squares are legendary. Also in Berlin, Mogg and Meltzer is just gorgeous. It’s a New York style delicatessen in an old converted Jewish Girls‘ school in Mitte and it’s already getting an international reputation.
In London, ‚A little bit of what you Fancy‚ in Dalston and also in London the ‚Printers and Stationers‚ cafe-bar, 21a Ezra Street.

What’s a music album or song that you can’t get enough of right now?
I have been listening on repeat to ‚Cash, Diamond Rings, Swimming Pools‚ by D E N A. She’s gonna be so huge.

When someone’s visiting Berlin – what do you recommend as a must see place? And do you have must-see places in London and NYC as well?
In Berlin, BYOB – ‚Bring Your Own Beamer‘ – a regular one-night exhibition hosting loads of artists with loads of video projectors, innovative and visually amazing. Also in Berlin, a new space, Semi-Domesticated in Neukolln, a sustainable-design showroom and atelier.
In London, Dalston Superstore is still amazing. Vogue Fabrics have been guesting some amazing people, Mykki Blanco came over from New York recently. ‚Dish‘ is a night by Tom Stephan & Borja Peña, I think the next one is at East Bloc on City Road. Then there’s BLOCHEADS – basically the newest and by far best new London party, in a photostudio warehouse in Shadwell, of all places. It’s Paradise Garage meets Hacienda – perfect combination.
In New York, it’s crazy right now. The best music in the world is coming from the Gay New York underground. There’s a really important generation coming up who have inherited one of the greatest musical legacies of all time and know how to use it. Westgay,  at Westway on a Tuesday, is definitely worth checking. The Carry Nation which is DJ’s Nita and Will Automagic – throwing warehouse dance parties in Brooklyn is also very cool, still on the down-low… also Bassment Thursdays at The Monster Bar in Manhattan.

Is there a specific artist that inspires you as an individual or your work?
My friends inspire me. My best friend Cathal O’Brien is a filmmaker and photographer based in London. He made Ballet School’s most recent video. He has exhibited most recently in Buenos Aires and also here in Berlin. Also Nova Dando inspires me. She is a London based Art director, video director and costume designer and one of the most exciting women I ever met.
I really believe, especially these days, in the power of community to affect change and to make great things happen. Living in Berlin I am surrounded completely by creatives. All my friends are artists of some kind or involved in the creative industries and the privilege this affords is that it normalizes the artistic lifestyle. This is something I did not have living in Ireland and it’s something I consider a blessing. We’re all daring to ‚do‘ – and that makes us all stronger.

When you need inspiration is there an art gallery, museum or another location that you go to soak in culture and the arts? And can you tell us your most inspirational place in London/NYC as well?
I spend so much time on the internet, that is the biggest, most accessible gallery now. However, the part of me that understands the lineage and the spiritual experience of being in physical proximity to great work always likes to visit the big national galleries in each city I visit. I really, really love Greek and Roman mythology. Any good writer understands that the seed of every story ever told comes from the the Ilyad or the Odessey, at least in terms of Western culture. So when I can I vist the Altes Museum, Neues Museum, Alte Nationalgalerie, Bode Museum, and Pergamon Museums here in Berlin.
In London at the moment it’s all about the Tanks at Tate Modern – seriously. Amazing how Tate is the first big big gallery to open a huge new underground space dedicated to film and performance – bringing film into the market as a contender. Great. And free!

I’ve written an album I’m proud of and I’m just gonna kill it with the band live [..]

What’s next for Ballet School?
We have just completed our debut album with Jonas Verwijnen at Kaiku Studios. We played at Berghain on November 1st with Dirty Projectors and now we are going to London on 22nd November to play a showcase new bands French Films and Sulk. It’s a really exciting time for Ballet School, I can’t wait to let everyone hear our new music. I’ve written an album I’m proud of and I’m just gonna kill it with the band live and take it all to another level and do my thing. 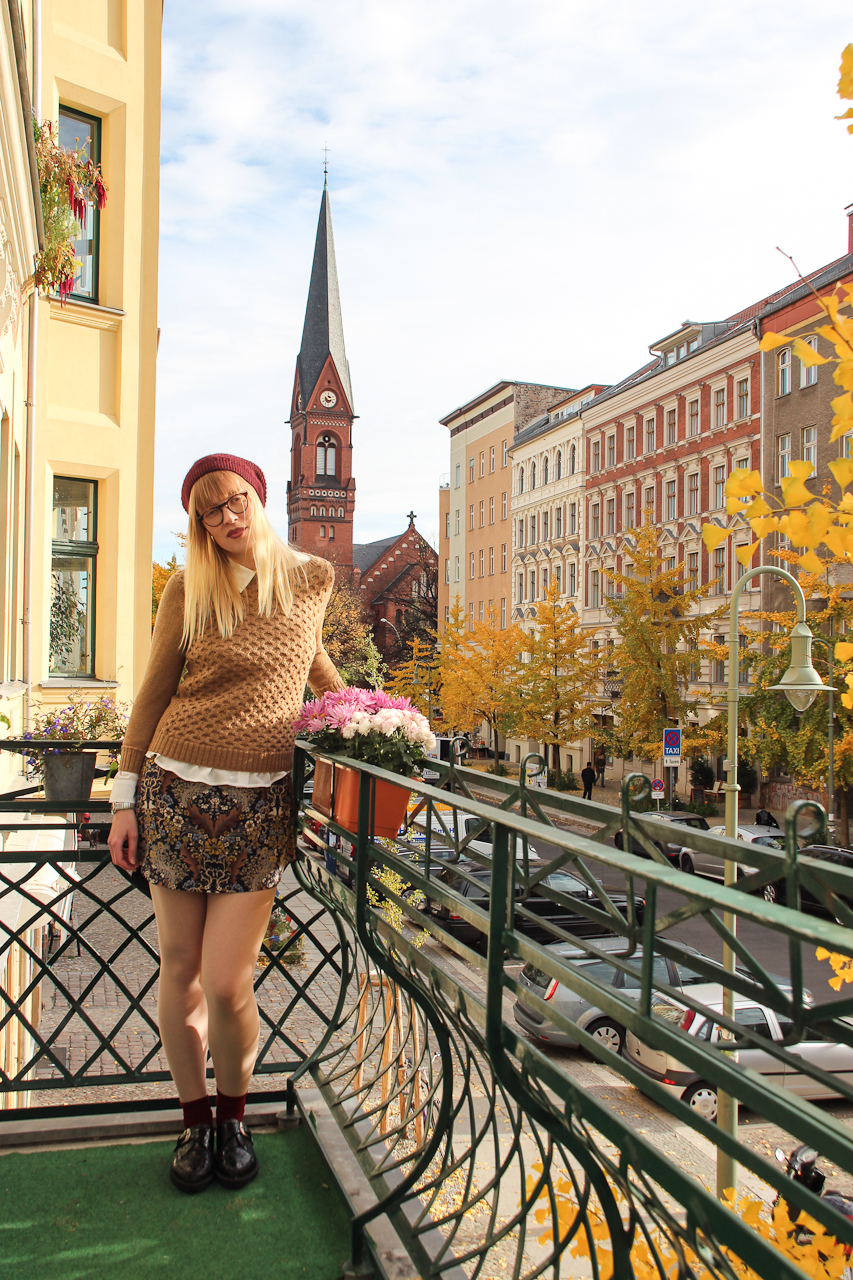 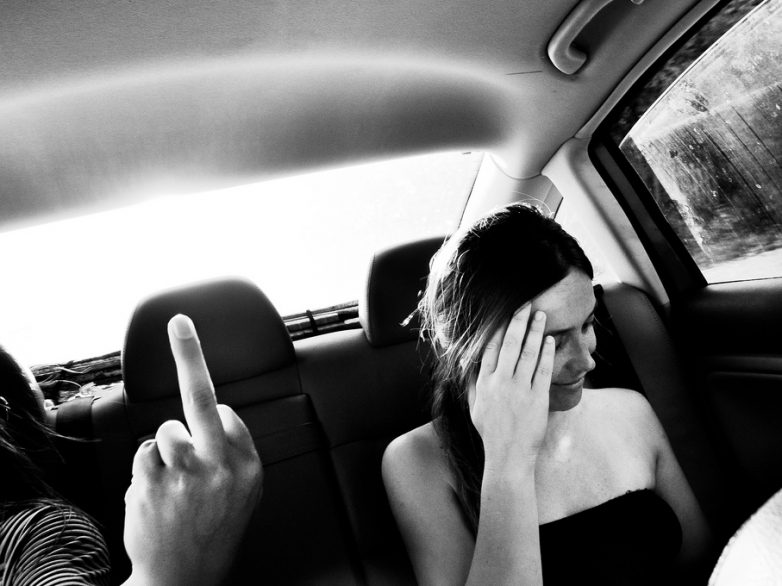 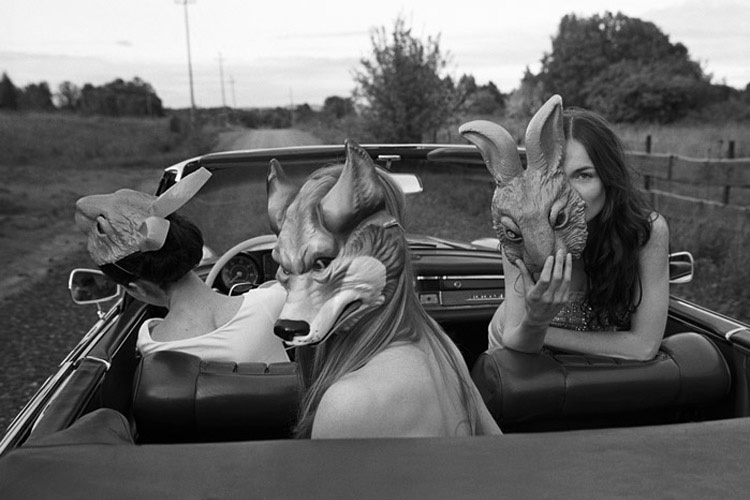 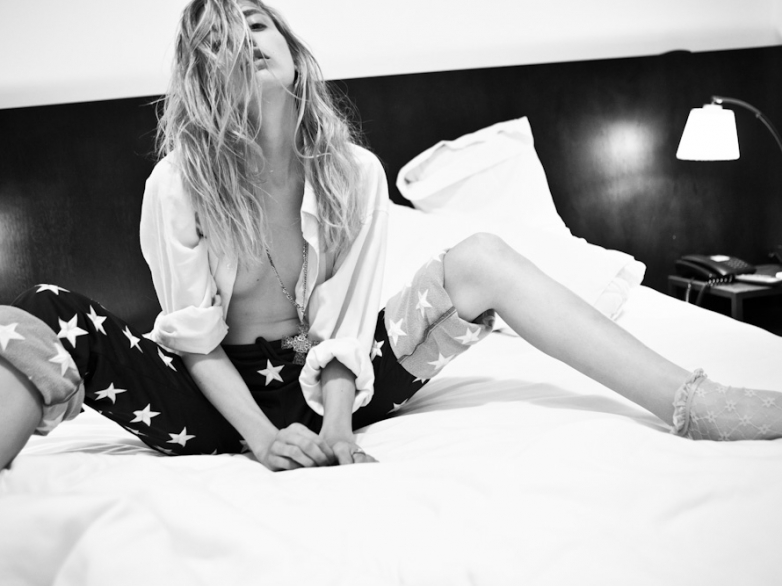 Matías Troncoso
Jessie Ware – If You Love Me 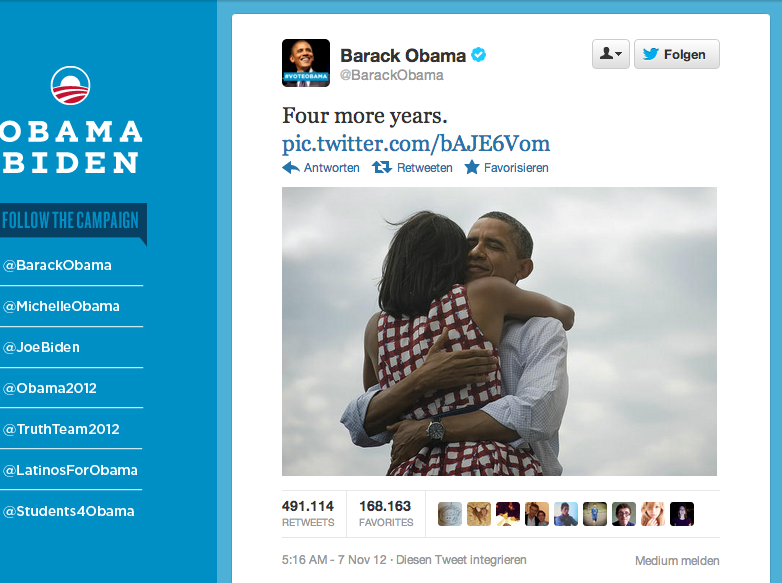 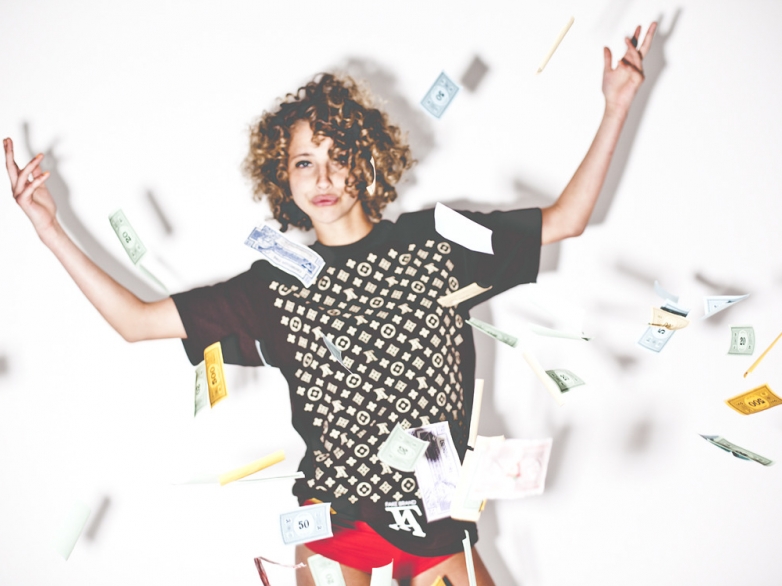 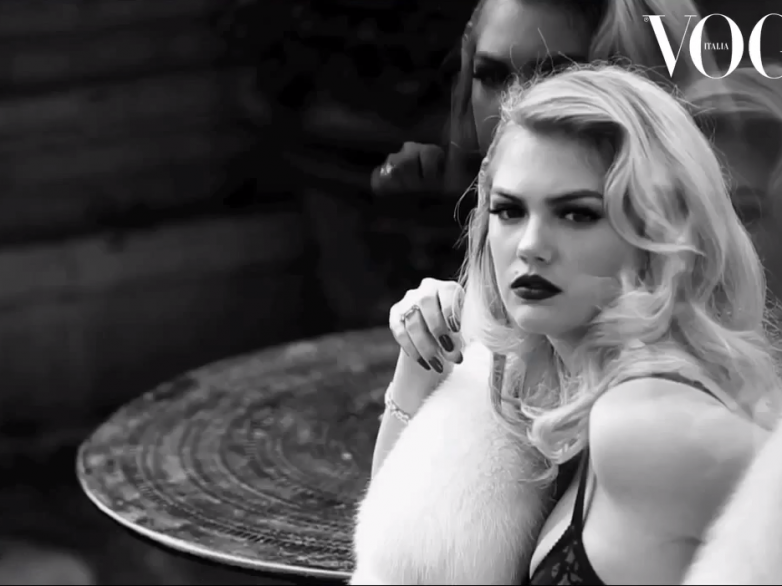 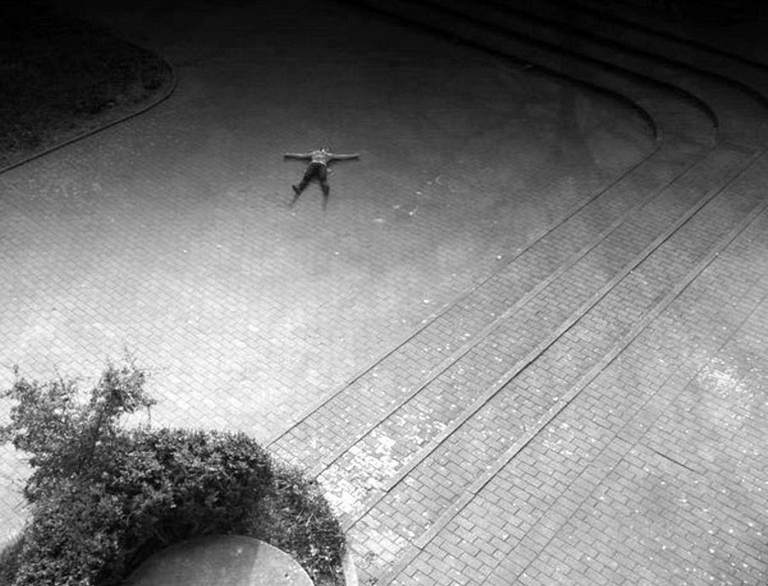 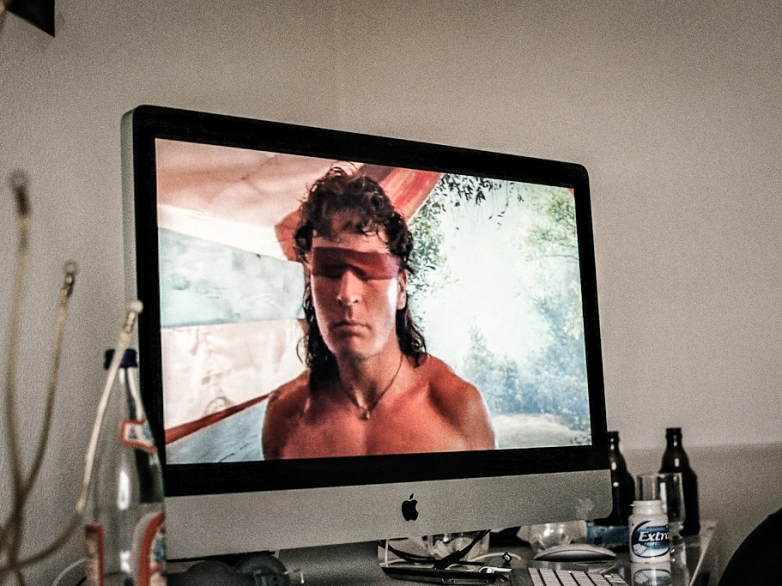 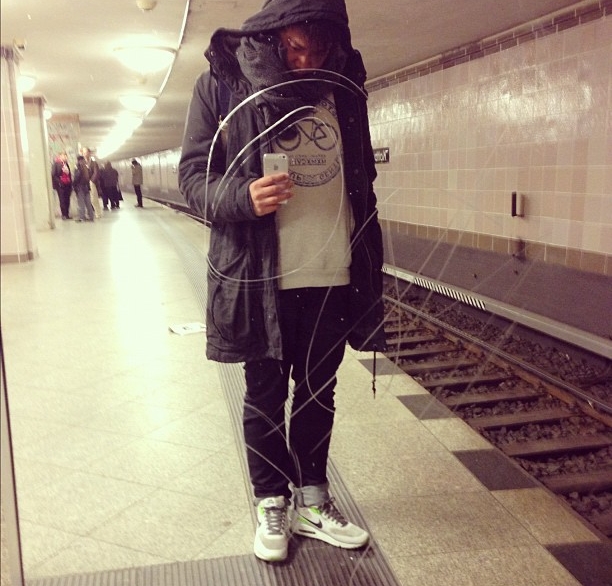 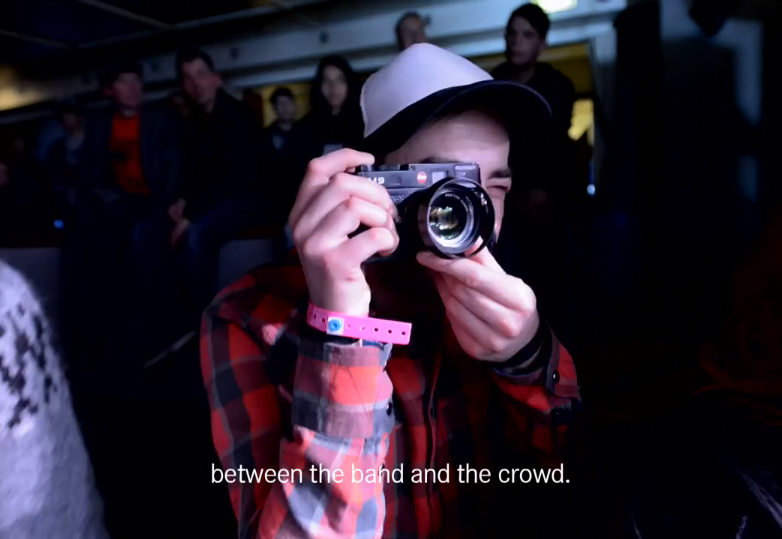 The Spirit of Photography With Music
Nächste Seite >