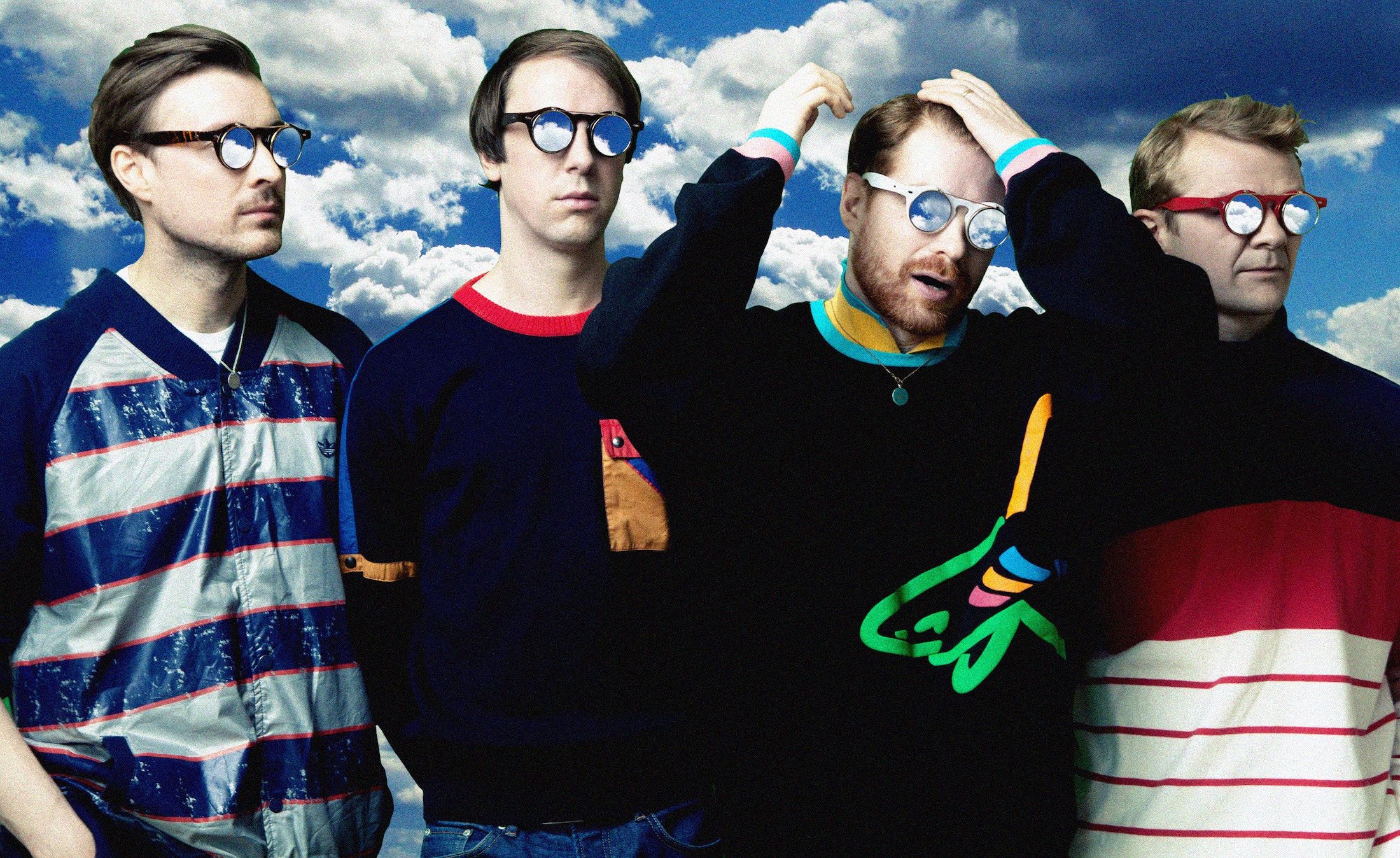 Interview: Hi, we are Django Django 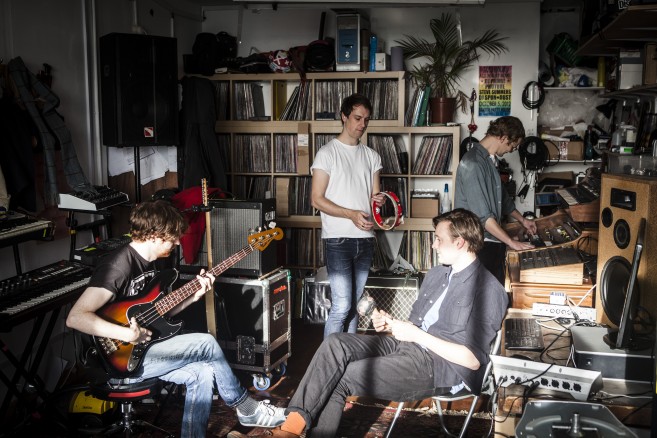 Are you happy to be in Berlin?

Yeah I totally love Berlin! We did just a few gigs here and I spent quite a few months here when I was 21. I came over with this intention to learn German. And then in the end it were three months of getting drunk and I run out of money and had to go. (laughs)

The video of „In Your Beat“ is mind blowing! It’s a crazy composition of visuals and music! How the idea for that video came up?

I think it was Dave (Redaktion: Django Djangos Drummer & Producer) that had this idea. He got a friend, a designer called Brodie Kaman and this artist makes these amazing posters. I guess the poster are influenced by rave posters and punk collages. We had this pretty loose idea to try to combine the posters within animated elements. So we went to Sophie Koko-Gate, the director and animator of the video and after a day in a studio, just messing around, they put it together.

Not only that video but in general your music reminds me always on a colorful and eclectic piece of pop art. Would you describe your sound as well as a mirror of the society and handling with mass media?

I mean for us making music has always been about escaping from mass media and stuff that’s going on. It’s like listening to film scores, it transports you somewhere. We’ve always just wanted to make music to transport ourselves away from a rainy day in London to somewhere completely different. And also we’ve had songs in the past that have had lyrics of dual meanings. Where you might talking about the breakable relationship, but also about a nuclear bomb going off. And we’ve always been aware of not being to heavy with lyrics and the references. 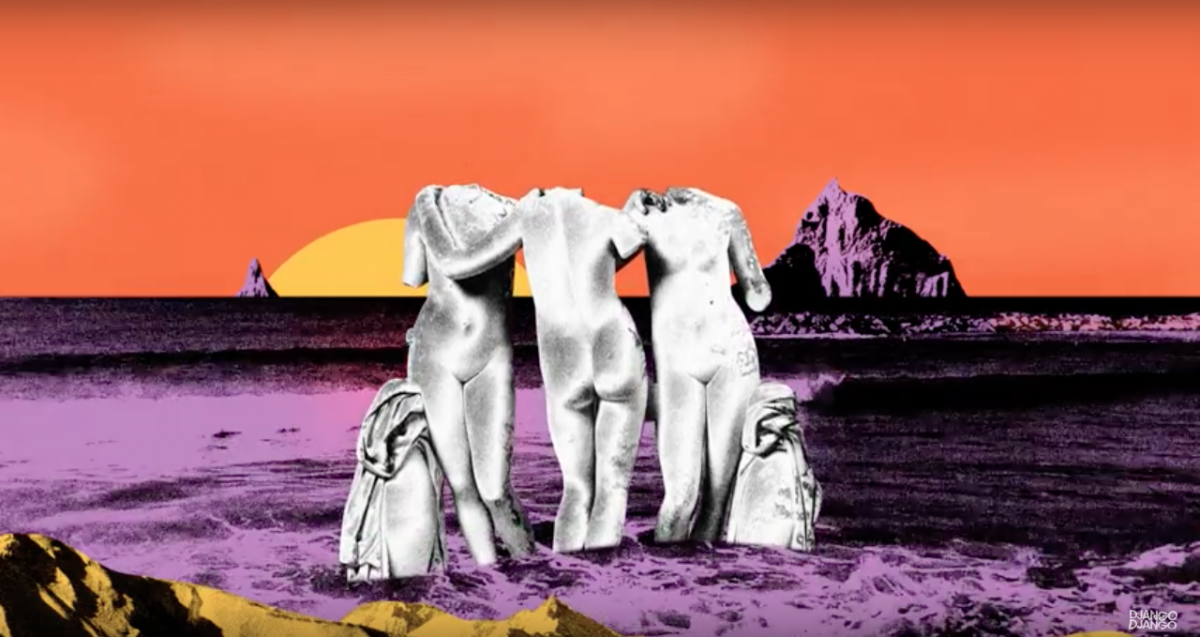 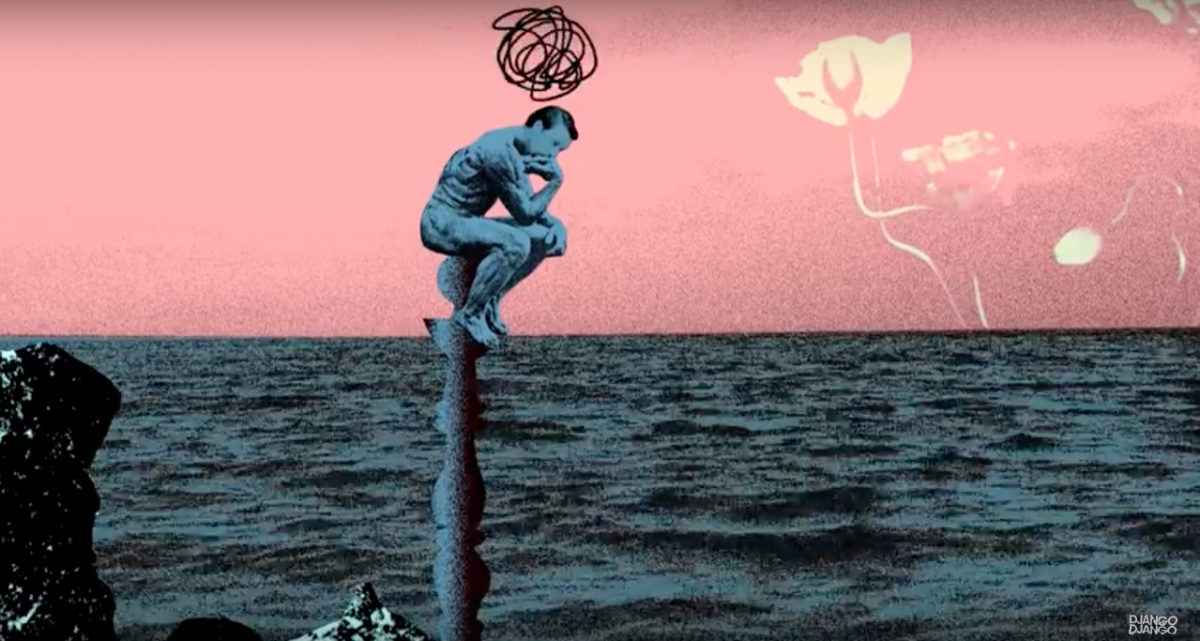 It’s difficult to squeeze your music into a genre. What you think about the way to categorize music especially nowadays where everything becomes more and more a fusion?

I mean whenever people ask us to describe our music, I end up just describing each song individually. It is really difficult to pinpoint stuff. You know, there’s so much music and everything shifts and changes so quickly. People have access to any kind of music and it’s almost pointless to try and categorize things. It’s great that you can listen to tracks that go from jazz to electronic in 30 seconds and it makes sense. I think that kids that growing up now are hyper aware of different types of music. Everything so accessible. But it’s a really healthy thing I think. I mean you can end up making songs that don’t work (laughs) but it’s really exciting.

And what you think about borders in general?

Borders? Well it’s just so ingrained in the human psyche, isn’t it? I mean when you write something down on a piece of paper and really practice it, it’s becoming a habit. Especially now in the moment with Brexit, you can see how it is. 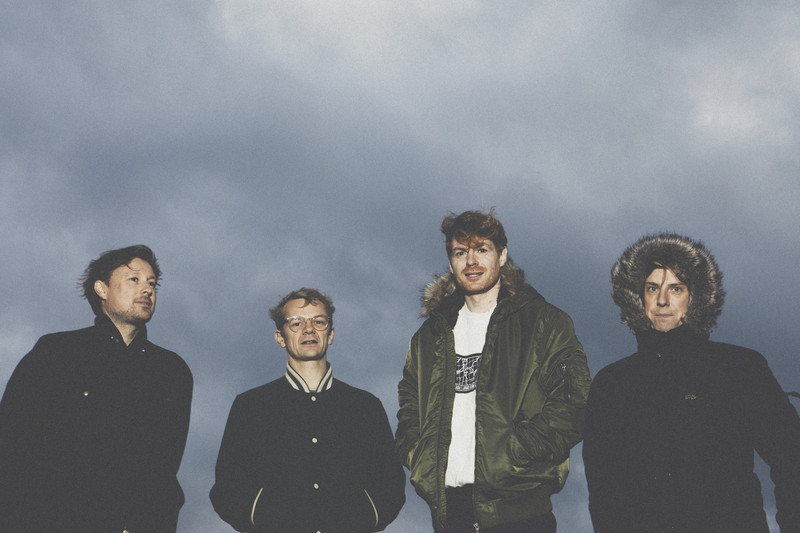 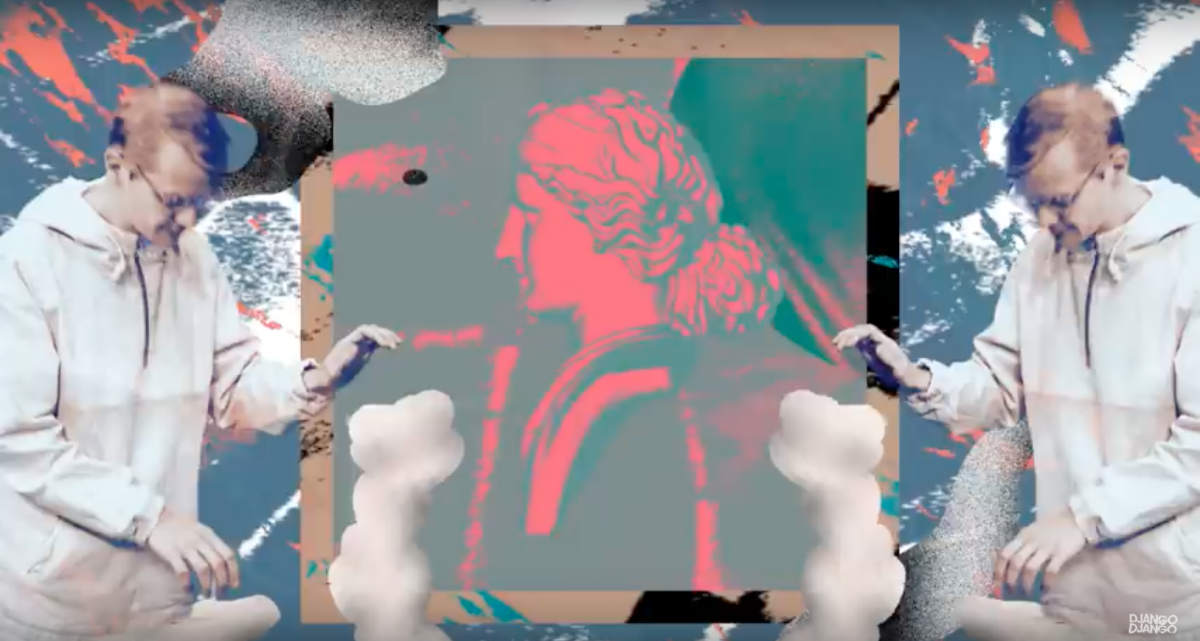 What you think about the Brexit vote? All your band members are from different parts of the UK: Dave and Tommy are Scottish, Vincent is originally from Northern Ireland and you hail from Yorkshire…

It’s difficult. You know we’ve all grown up in Europe and we never had to think twice about coming to Germany or thinking about borders when going to other countries. I mean, you grow up and you realize that different places and different people in different cultures all have a relationship with each other. Then someone turns around and says: „Well, we’re going to close this border now“, and essentially he says: „We don’t want an open welcoming culture.“ It’s just pretty devastating and it’s a shame. I think that’s happening a lot in the world and in a lot of European countries at the moment. There is this kind of resurgence from the right. And it’s easy to say, ah, but there are too many sensible people. But people are recently scared and these people have ways of persuading people. So it’s scary. It brings into focus that you have a responsibility as well to get your opinion out there. And you can make a difference. I mean the one very small positive thing of the Brexit is actually that people can make a difference. You know! Brexit was the biggest turnout in years and years. I know, it’s a depressing outcome, but at least people hopefully are more aware of their voice. 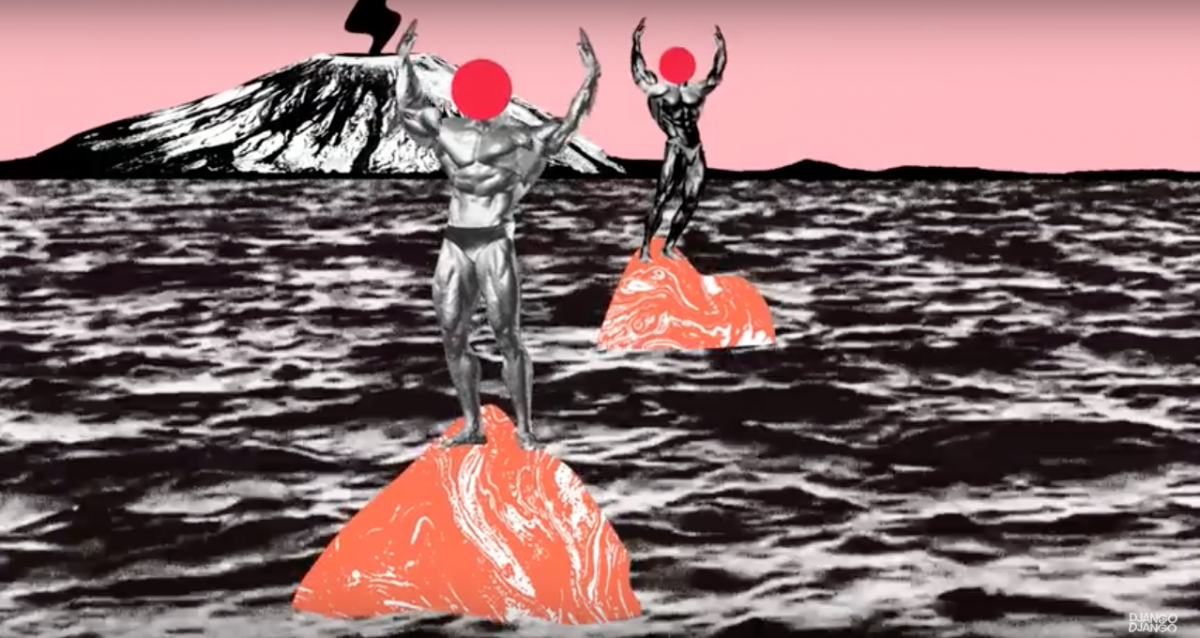 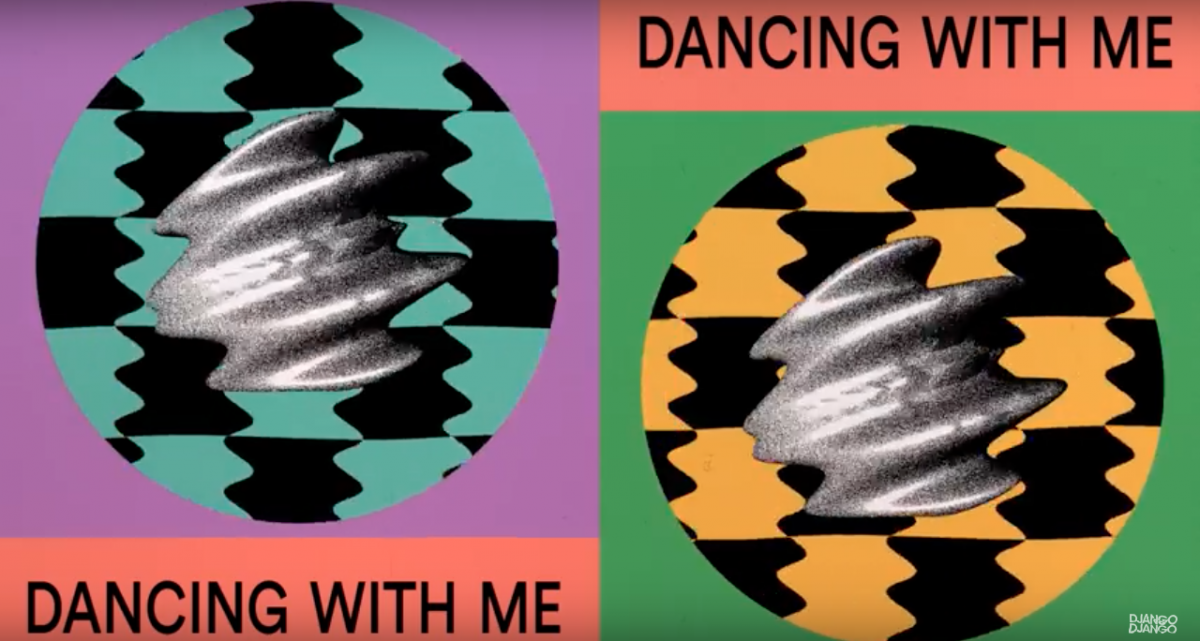 Can music be medicine in these days?

Again I’ve always found that music is a way of cut yourself off from particular things, or it’s like a comforting thing. Everyone has a relationship to a song or a band or an album. That shows that music is a kind of medicine. It does something different for each person, but still everybody uses music to heal inside. And on a personal level I think musicians have a stage and it’s an opportunity to voice their opinions. Music has always been important. Politically and socially.

Chaotic, light and maybe fun. But that’s such a boring word…

A song you would never stop listening to…

When I was kid I used to listen obsessively to „Fools Gold“ by Stone Roses. So that’s the song I’ve had since I was about 14 and I’m still listen to it. 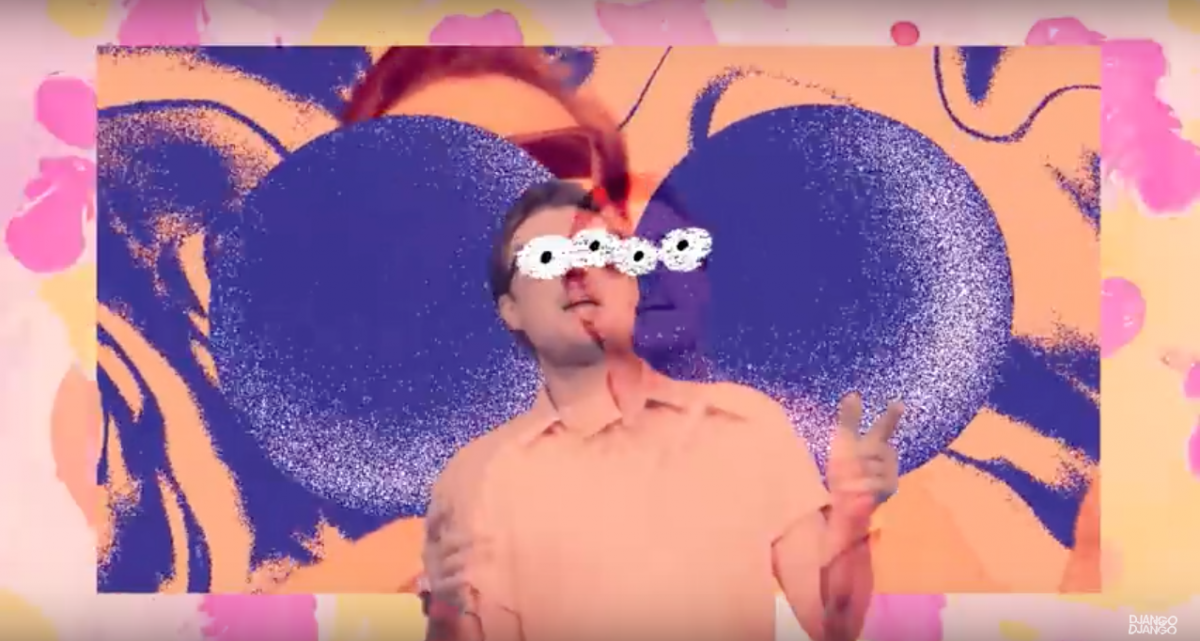 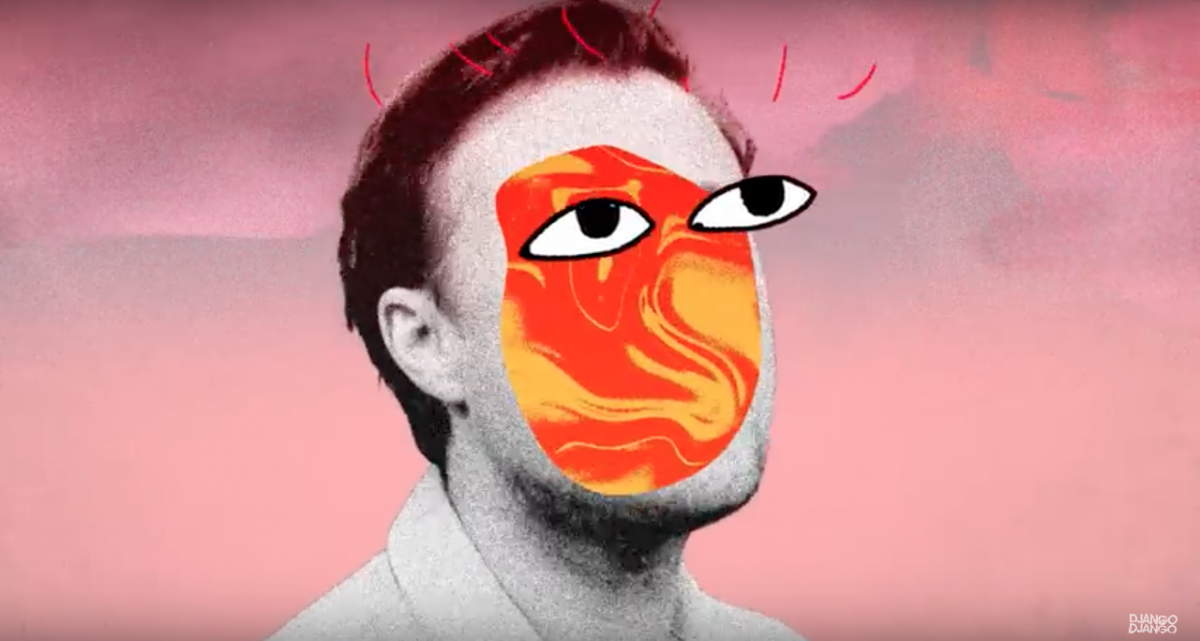 Surreal every time. Although to be honest most of my dreams are just truly boring reality where I just like driving a car or washing-up. But it’s still surreal. Surreal washing-up (laughs).

It depends. I mean I’m in the mid-thirties. So I just have nostalgia. That’s all I’ve got left. It’s too much of a minefield trying to work out what you like. I’ve been listening a lot to blues note records. So it’s like being going back to thirties-forties jazz.

The album will be released at the end of January and then we head out on tour in February. So we’re starting in the UK and then we’ll coming over to Europe. To Germany I think in the middle of March. For now it’s doing a lot of rehearsals back to London and try to get the live show sounding good. We’re going to focus on that. But I think now we’ve got our own studio, it means that we can keep going on to make music and recording. So hopefully we’ll have more music coming out next year.

What I really wanna know is: When we humans will go to a new planet? 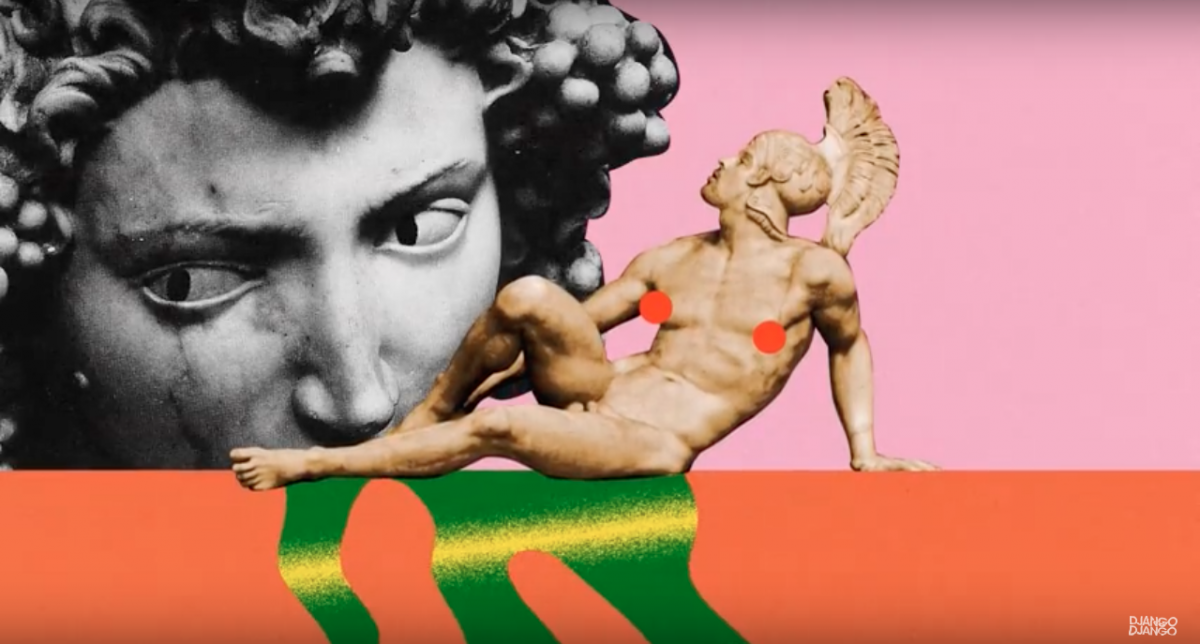 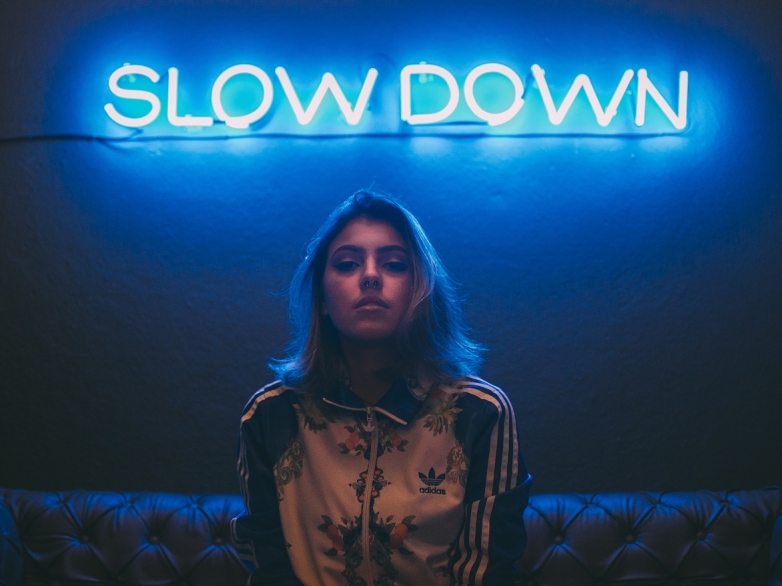 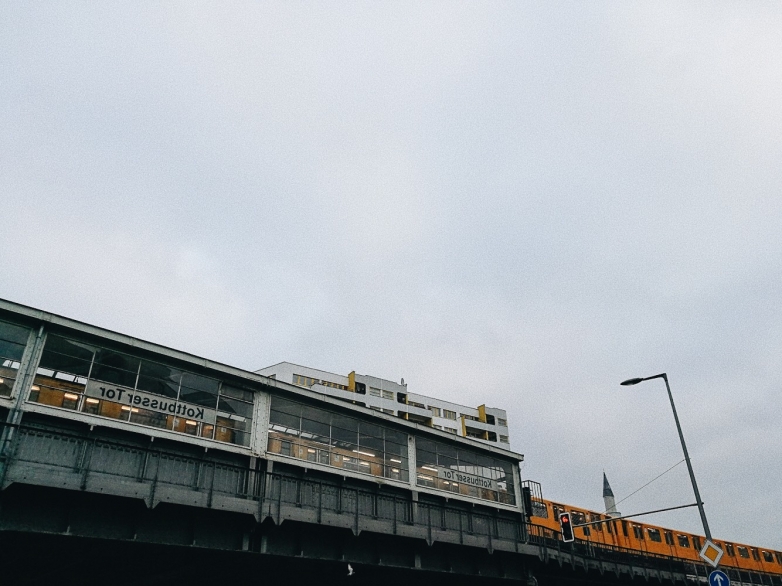 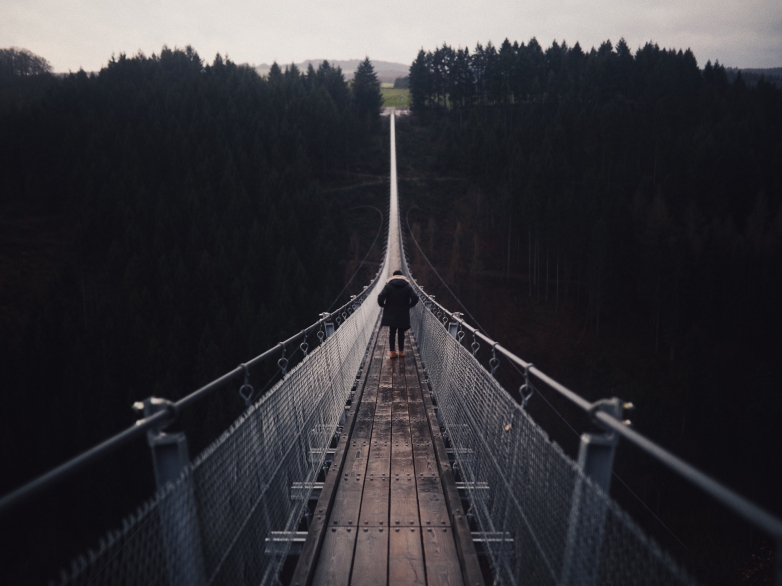